1
a
: someone or something intensely disliked or loathed —usually used as a predicate nominative
… this notion was anathema to most of his countrymen.

The Greek root of anathema originally meant simply “a thing devoted” or “an offering,” and in the Old Testament it could refer to either revered objects or objects representing destruction brought about in the name of the Lord, such as the weapons of an enemy. Since the enemy’s objects therefore became symbols of what was reviled or unholy, the neutral meaning of “a thing devoted” became “a thing devoted to evil” or “curse.”

In the early Church, anathema was used interchangeably with excommunication and to refer to unrepentant heretics. It then came to mean the severest form of excommunication in official church writings. When the authority of Rome was split in the Great Schism between Eastern and Western churches in 1054, an anathema was issued by Rome against the Eastern Patriarch who then issued another one against the cardinal who delivered it.

Maugham was not only prolific but also a best-seller, though snobs dismissed his work as middlebrow (a category that few people worry about in our day but that once was anathema).

Edmund White, New York Review of Books, 12 Feb. 2009 While everything pointed to an immense flood, Bretz knew such a notion would be anathema to his fellow geologists. In part that was because the quantity of water needed for such a flood would exceed the flow of all the world's modern rivers combined.

Richard Lovett, New Scientist, 21-27 Apr. 2007 Big Jeff was devoted to Purcell. He haunted his room and patiently endured his abuse just to sit in the corner and watch him shave or do push-ups or dress for dinner, and listen to him pronounce his opinions and anathemas.

Tobias Wolff, Old School, 2003 For all the artistic wonders it has preserved, the Holy Mountain is not a museum, and the idea of playing host to sightseers is anathema to the monks. Male visitors of all faiths are welcome, but they come as pilgrims, not tourists, and only 110 "residence permits" are issued each day by patristic officials in Ouranoupolis.

Nicholas Basbanes, Smithsonian, August 1999 a politician who is anathema to conservatives ideas that are an anathema to me See More
Recent Examples on the Web Despite that provision, any legislation providing a path to citizenship for some immigrants without legal status is anathema to many Republicans who first want steps taken to tighten border security.

Kristina Peterson, WSJ, 25 Nov. 2022 For tech companies that have only seen growth for years, curtailing head count is anathema to company culture and will be hard to implement, Mr. Stoeckle said.

The Editors, National Review, 19 Oct. 2022 The Tories have been in power for 12 years; their hold on power aided in part by a Labour Party whose leadership through many of those years proved anathema to the voters when general elections came around.

Dan Balz, Washington Post, 10 Sep. 2022 That approach could work if Winckowski’s stuff proved anathema to barrels, but that has not been the case recently.

Alex Speier, BostonGlobe.com, 18 Aug. 2022 This shift in location seemed anathema to the president of a company that invented the open-plan office in the 1960s.

New York Times, 6 Aug. 2022 Each of these components of our rule-of-law system is anathema to progressives.

Dan Mclaughlin, National Review, 4 Aug. 2022 This concept had China at its center -- anathema for Abe who, like many Japanese, feared Beijing's growing clout meant his country could be bullied by a far larger neighbor.

These example sentences are selected automatically from various online news sources to reflect current usage of the word 'anathema.' Views expressed in the examples do not represent the opinion of Merriam-Webster or its editors. Send us feedback.

Late Latin anathemat-, anathema, from Greek, thing devoted to evil, curse, from anatithenai to set up, dedicate, from ana- + tithenai to place, set — more at do 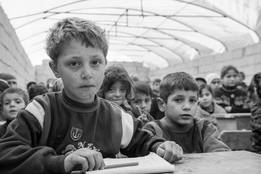 The word was once a synonym for 'excommunication'

1
a
: a ban or curse declared by church authority and accompanied by excommunication
b
: curse entry 1 sense 1
2
: a person or thing that is cursed or strongly disliked
taxation without representation was anathema to the colonists

More from Merriam-Webster on anathema