: a speech sound considered as a physical event without regard to its place in the sound system of a language

: of or relating to a population that speaks (a specified language)
Francophone

Verb Someone from the newspaper will be phoning with a few questions. she phoned her friend to invite her over for dinner

circa 1866, in the meaning defined above 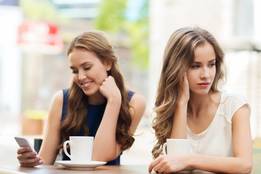 More from Merriam-Webster on phone