Why is there a 'd' in 'fridge' but not in 'refrigerator'?

Thawing one of the mysteries of English

Here's a reasonable amount of explanation.

Infodemic is a blend of "information" and "epidemic" that typically refers to a rapid and far-reaching spread of both accurate and inaccurate information about something, such as a disease. As facts, rumors, and fears mix and disperse, it becomes difficult to learn essential information about an issue. Infodemic was coined in 2003, and has seen renewed usage in the time of COVID-19. 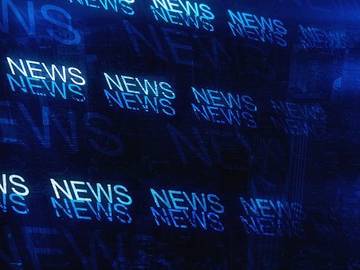 The word was coined in a 2003 Washington Post column by David Rothkopf.

The words epidemic and pandemic have been, as of this article's writing in the spring of 2020, far busier in recent months than anyone wants them to be. Another word that shares an element with them is also getting busy: infodemic.

We don't enter infodemic yet, but it's a word we're closely watching, because it's appearing in some prominent places:

“We’re not just fighting an epidemic; we’re fighting an infodemic,” said Tedros Adhanom Ghebreyesus, Director-General of the World Health Organization (WHO) at a gathering of foreign policy and security experts in Munich, Germany, in mid-February, referring to fake news that “spreads faster and more easily than this virus.”
— The United Nations Department of Global Communications (DGC), UN.org, 28 Mar. 2020

The word is uncommon enough that its use typically requires explanation beyond a simple gloss:

WHO explains that infodemics are an excessive amount of information about a problem, which makes it difficult to identify a solution. They can spread misinformation, disinformation and rumours during a health emergency. Infodemics can hamper an effective public health response and create confusion and distrust among people.
— The United Nations Department of Global Communications (DGC), UN.org, 28 Mar. 2020

The word isn't new. It was coined as a blend of information and epidemic in 2003 by journalist and political scientist David Rothkopf in a Washington Post column, when the world's attention was on the current crisis's less terrifying relation:

SARS is the story of not one epidemic but two, and the second epidemic, the one that has largely escaped the headlines, has implications that are far greater than the disease itself. That is because it is not the viral epidemic but rather an "information epidemic" that has transformed SARS, or severe acute respiratory syndrome, from a bungled Chinese regional health crisis into a global economic and social debacle.… [T]he information epidemic—or "infodemic"—has made the public health crisis harder to control and contain.

Rothkopf goes on to clarify what he means by the word:

What exactly do I mean by the "infodemic"? A few facts, mixed with fear, speculation and rumor, amplified and relayed swiftly worldwide by modern information technologies, have affected national and international economies, politics and even security in ways that are utterly disproportionate with the root realities. It is a phenomenon we have seen with greater frequency in recent years—not only in our reaction to SARS, for example, but also in our response to terrorism and even to relatively minor occurrences such as shark sightings.
— David Rothkopf, The Washington Post, 11 May 2003

The coinage is very much of its era. Blends, words formed by combining other words or word parts, are very popular. This one employs information in a way that mirrors such late 20th-century coinages as infographic and infomercial, and the -demic of epidemic and pandemic.

In the years between its coinage and its current new prominence the word was used only sporadically:

The United Nations World Tourism Organization … said panicking at the threat of bird flu could endanger the global travel industry…. "We must ensure that people are not deterred from traveling without good reason,'' said Francesco Frangialli, secretary general of the U.N. agency, based in Madrid. Frangialli criticized the news media for creating an "infodemic'' of speculative reports about SARS.
— David Armstrong, The San Francisco Chronicle, 4 Dec. 2005

The world feels increasingly risky to Michael Cherkasky. The chief executive of the world's largest insurance broker, Marsh & McLennan, is convinced that it will be afflicted by a global pandemic within the next decade…. Cherkasky, 56, doesn't believe that pandemic will be avian flu but is worried about what he calls an "infodemic.'' "Sars,'' he says, "on a conservative estimate, killed fewer than 1,000 people but cost $40bn. Traditional flu killed 100 times as many people that year. Can you imagine what would happen in London if two or three children died from avian flu and it was on the headlines? … We have to understand that information and sometimes exaggerated information is going to spread very rapidly.''
—Andrew Cave, The Daily Telegraph (London), 18 Apr. 2006

Our country and the world are on sale because the travel and tourism industry is reeling from a perfect storm of crisis, fear and ignorance. In recent months, we've experienced the worst economic downturn in 80 years; a swine flu outbreak that is serious and demands precaution, but has spawned an "infodemic" that has led to unhelpful panic…
— Sam Gilliland (testimony), Senate Commerce, Science, and Transportation Subcommittee on Competitiveness, Innovation, and Export Promotion Hearing (U.S. Senate Documents), 13 May 2009

It's a sad comment that the bed bug invasion moved from sidelined news item to massive media trend when bed bugs started to hit the middle and upper classes. There was a kind of indignant shock, for example, when it was revealed that expensive hotel rooms were actually part of the problem, glamorous global travel being a major factor in bed bug resurgence. But the bed bug infodemic really comes down to a very primal instinct. Our homes are the physical embodiment of our sense of security and safety. We want to shore them up against danger, disease and unhappiness, but at some level we realize we can never completely succeed. So we look for a place to concentrate our fears.
— Alison Gillmor Pop, The Winnipeg (Canada) Free Press, 16 Oct. 2010

Two issues concern me with the 24-hour news cycle. First, consistent attention to Ebola-related events will likely displace news about other, more pressing health threats like seasonal flu, which affected more than 50,000 Americans last year and can be prevented. Second, relentless coverage could spawn an "infodemic" in which too much information creates confusion and could lead to desensitization among audiences.
— Susan Mello, News@Northeastern (news.northeastern.edu), 17 Oct. 2014

In some cases, its coinage has been attributed to someone new:

In South Korea, anti-government protests that erupted this summer following a deal to import American beef were born on the Internet. Rumors that South Koreans were going to be served meat tainted with mad cow disease spread across chat rooms and message boards…. The rumors spread despite scientific data from the United Nations, the United States and the South Korean government showing the meat is safe…. President Lee Myung Bak coined a new word to describe the spread of inaccurate information; he calls it an infodemic. And to battle it, his governing party has unveiled plans to amend the nation's newspaper law.
— Voice of America News, 22 Sept. 2008

While Rothkopf clearly intends the word to have broad application—he mentions infodemics occurring in responses to terrorism and shark sightings in this 2003 column—the word isn't yet being widely used in these broader ways. We'll be watching the word's development to see if it spreads—semantically and popularly. It does seem pretty catchy.