The English language is impressively prolific, as anyone who keeps an eye out for new words will tell you. Neologisms come to be by any of various methods—throwing a prefix or suffix onto an existing word, verbing a noun or nouning a verb, or—everyone's favorite—smooshing two existing words together. Blends, as they're called, are produced by combining other words or parts of words, like brunch from breakfast and lunch.

Hold on, some of you are saying, don't you mean "portmanteau"?

Well, yes. Portmanteau works too, but it's not the term that's been typically employed by lexicographers and linguists. 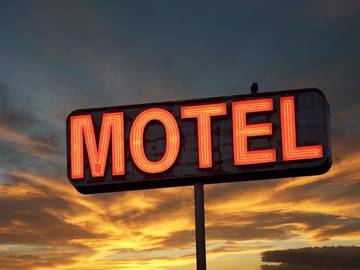 Portmanteau has a number of points in its favor. It sounds fancier than blend (it's from Middle French porter, meaning "to carry," and manteau, meaning "mantle"); it has the option of the exotic plural spelling portmanteaux; and it predates the pertinent use of blend by 40 years or more. It also, however, comes straight from the mouth of a naively fragile egg who's explaining to a confused seven-year-old what slithy and mimsy mean.

Before Humpty Dumpty used portmanteau to refer to a word produced by combining other words or parts of words in Lewis Carroll's 1871 Through the Looking Glass, the word—as Mr. Dumpty explains—referred to a large suitcase (and especially one with two main compartments): slithy, he tells, Alice, is "like a portmanteau—there are two meanings packed up into one word."

Blend or portmanteau: you can use either. The type of word isn't new, but such words didn't really come into their own until the 20th century, when motel, guesstimate, and their ilk started popping up in the lexicon. While some blends are quite serious—alkyd and latensification, for example—most of them have a bit of a giggle and a wink about them, with the creator and us in a kind of cahoots. A typical modern blend isn't taking itself too seriously but it has a transparent meaning, which makes it just the sort of neologism that might actually have legs. Such words of course have to prove themselves as any other neologism does before we consider them for entry. In the meanwhile, we just chillax and see how they do.