It's perfectly acceptable to begin a sentence with and (as well as doing so with words such as but or or). Using and at the beginning of a sentence has been a practice for over a thousand years.

Whether or not one should avoid using certain words at the very beginning of a sentence is one of those tidbits of grammatical information that nestles in some corner of our brains, dimly but persistently reminding us that we are probably doing something wrong. (The truly painstaking nitpicker will point out that the opening line of this piece begins with one of those words, whether, that has been declared unfit to begin a sentence.) 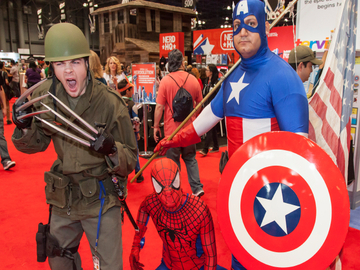 The mnemonic 'FANBOYS' (for, and, nor, but, or, yet, so) is a useful way to remember the coordinating conjunctions. But it's not a guide to words that don't belong at the beginning of a sentence.

Many people content themselves with the trusted maxim "do not begin sentences with and or but." If you are interested in learning whether or not this is a sensible rule, well, it is not. And if you don’t much care whether the rule is sensible or not, and just want to keep telling people that they are wrong when they use certain words to begin their sentences, well, you are in luck, since there have been many more prohibitions against sentence-initial words than just and and but.

Firstly, has it ever been wrong to begin a sentence with and or but? No, it has not. We have been breaking this rule all the way from the 9th century Old English Chronicle through the current day. Many translations of the Bible are filled with sentence-initial ands and buts, and they even may be found in some of our more beloved—and prescriptive—usage guides. The 1959 edition of Strunk and White’s The Elements of Style begins two sentences in a row with these prohibited words, and does so with nary a trace of self-consciousness.

But since writing is communication, clarity can only be a virtue. And although there is no substitute for merit in writing, clarity comes closest to being one.
—William Strunk Jr. & E. B. White, The Elements of Style, 1959

The Merriam-Webster Dictionary of English Usage begins its entry on and with this statement: "Everybody agrees that it’s all right to begin a sentence with and, and nearly everybody admits to having been taught at some past time that the practice was wrong." The entry notes that there has been speculation that sentence-initial ands were discouraged to prevent children from stringing together interminable lists of clauses or sentences. While it makes sense to avoid an enormous pile of independent clauses in one's writing, it seems unlikely that trying to change the way people naturally use the language will solve this problem. There are times when it would be ill-advised to begin a sentence with and or but, and there are times when it works just fine.

Can You Begin a Sentence with These Words?

If you are one of those people who prefers to avoid people who begin their sentences with these words, and if you would like to further curtail your sentence-initial word choices, there have been a large number of other words that we have previously been told not to use in that position. Here is a smattering:

Do not begin a sentence with however or a similar unimportant word.
—Jacob Cloyd Tressler, English in Action, 1929

Do not begin a sentence with “also” or “likewise.”
—George Hitchcock, Sermon Composition, 1908

Or never begins a sentence, paragraph, or chapter.
—James Brown, The American System of English Grammar, 1826

Teach the elimination of but, so, and, because, at the beginning of a sentence.
—Documents of the School Committee of the City of Boston, 1916

A sentence should not commence with the conjunctions and, for, or however....
—George Payn Quackenbos, An Advanced Course of Composition and Rhetoric, 1854

Some people may remember learning the mnemonic FANBOYS when studying the coordinating conjunctions for, and, nor, but, or, yet, so. And some instructors also still use this as means of explaining which words should not be given the chance to lead the parade. But it's slightly ridiculous to insist that these words should never be used to begin a sentence, when a thousand years of English writing has shown this to be a fine way to start off.

If you’re going to create a silly-sounding acronym to list these words, then go whole-hog and list all of the words that schoolchildren have been told not to put at the beginnings of sentences over the past 200 years. We crafted one for you that helpfully looks like a web address: WWWFLASHYBONNBAN, which stands, obviously, for whether, well, why, for, likewise, and, so, however, yet, but, or, nor, now, because, also, nevertheless.