William Shakespeareseated him next to her whether by accident or design

Conjunction That supposes I would have the wisdom to decide what is in fact right and what is wrong, and the humility to consider whether any action I could take would make things better or worse.

P. D. James, The Private Patient, 2008 In his later years, Turing turned to the question of whether machines could be made to think the central question of artificial intelligence.

Chuck Leddy, Boston Globe, 15 Jan. 2006 If you tell me that something is a pleasure, I do not know whether it is more like revenge, or buttered toast, or success, or adoration, or relief from danger, or a good scratch.

C. S. Lewis, An Experiment in Criticism, 1961 I don't know whether they were invited. She was uncertain whether to go or stay. Pronoun … we did not indeed know where it was, and so we might get a great deal, or a little, we did not know whether;  …

Daniel Defoe, The Adventures of Captain Singleton, 1720 See More
Recent Examples on the Web
Conjunction
At the conclusion of the hearing, slated to last three days, Judge Lisa Novak will determine whether there is enough evidence for Li and Bayat to stand trial before a jury.

These example sentences are selected automatically from various online news sources to reflect current usage of the word 'whether.' Views expressed in the examples do not represent the opinion of Merriam-Webster or its editors. Send us feedback.

Articles Related to whether 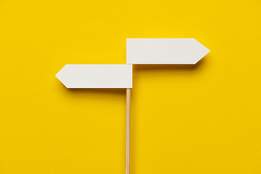 Dictionary Entries Near whether

wheth·​er
ˈhwet͟h-ər,
ˈwet͟h-,
(ˌ)hwət͟h-ər,
(ˌ)wət͟h-
1
a
: if it is or was true that
ask whether they are going
b
: if it is or was better
uncertain whether to go or stay
2
—used to introduce two or more situations of which only one can occur
whether we succeed or fail, we must trywe're going whether or not you come

More from Merriam-Webster on whether

Nglish: Translation of whether for Spanish Speakers

Britannica English: Translation of whether for Arabic Speakers