People have been complaining about 'firstly' for centuries

When used to begin a list of two or more things, there is a strong preference for first over firstly today, but this preference is one of custom and usage, not grammar. Both first and firstly can function as adverbs, but they are not completely interchangeable; for example, we never say “firstly of all.”

When enumerating a list of two or more things, should you begin with first or firstly? There’s a strong preference for first in written English today, but adverbs are supposed to end in -ly, aren’t they? Like so many “rules” of English, this one isn’t a rule at all, but a shortcut that helps with broad generalizations. 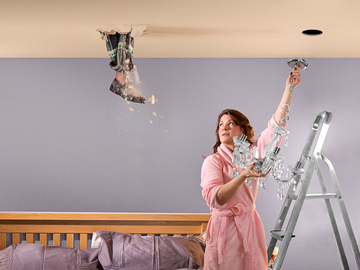 Even though they are both adverbs, 'first' and 'firstly' are hardly interchangeable in all situations: we never say “I firstly noticed it yesterday." One might say "firstly, what are you doing in my home?" or "firstly, I hope you have insurance"—but if you want to avoid criticism, 'first' is the best bet for most situations.

An adverb that has the same form as its related adjective is called a flat adverb (think of fast in “go fast” or slow in “go slow”). There are relatively few of these in English, since many adverbs do have an -ly ending, which creates adjective/adverb pairs like speedy/speedily, elegant/elegantly, close/closely, etc. Some flat adverbs have the same meaning with both forms: “The sun shines bright/brightly.” Some have different meanings, having separated over time, like “sleep tight” and “close tightly.” And some, like first and firstly, have an uneasy coexistence.

It turns out that there’s been a conspiracy against firstly for centuries. The great English dictionaries of the 1700s and early 1800s by Samuel Johnson and Noah Webster didn’t even have entries for firstly, though the word had been used since the 1300s (Webster had no entry between FIRSTLING and FIRST-RATE). When firstly was finally added in the first posthumous edition of Webster’s Dictionary in 1847, it wasn’t even accorded the courtesy of a definition; instead, the entry simply reads “Improperly used instead of first.”

Some writers objected to the use of firstly instead of first for the oldest reason in the book: they thought it was new to the language (the 19th-century equivalent of saying: “That’s not a word!”). We know today that they were incorrect, but since firstly hadn’t been entered in dictionaries until then, they could be forgiven for thinking it was a neologism.

Others objected with a double correction: they said that those who used firstly created an adverb from first because the firstly-users believed that first wasn’t an adverb—all a waste of time, since first was and is used as an adverb (as are fast, slow, tight, etc.). The new objection was that firstly amounted to a pedantic hypercorrection of a word that was just fine in the first place, and therefore unnecessary. This is clearly the rationale behind the stigmatization found in the entry in the 1847 Webster’s Dictionary.

More recent objections have been more about style than substance: these commentators don’t like firstly because it’s longer than first. Even though they are both adverbs, first and firstly are hardly interchangeable in all situations: we never say “firstly of all” or “I firstly noticed it yesterday,” but these differences amount to idiomatic usage—the habits of centuries—and not grammar. In writing, first is much more common than firstly and is probably the best bet for most situations, even if the only reason is that a reader may wonder if firstly is proper and be distracted by this word choice. You might say that the conspiracy has succeeded by maintaining this word's slightly disrespectable reputation.