I Before E Except After C

The famous rhyme is wrong. Here's why.

The saying i before e, except after c is supposed to help us spell correctly, but it only reliably identifies the category of words that includes receive and conceited. It’s a good quick reminder for this common pattern, but keep in mind that there are many exceptions to this “rule,” like seize, height, and albeit.

One question we get asked a lot is why so many English words don't follow the "i before e" rule: i before e except after c. Well, the English language can be inconsistent. This is what makes English such a vibrant and expressive language, but it can also make it a nightmare to learn. We've been influenced by languages with such different spelling paradigms that we don't have tidy orthography. 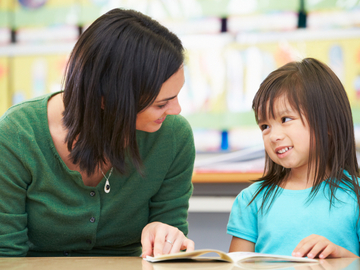 That look you give your teacher when she explains all of the exceptions to the 'I Before E' rule.

This bothered grammarians, so they tried to create rules to make English tidier and easier to learn. I before e is one of those rules. Unfortunately, it was created after most of the 'ie' words were. Oops.

This “rule” is best thought of as an easy way to remember the spelling pattern of one category of related common words that came to English from French, including receive, perceive, conceive, and deceive as well as deceit, conceit, and receipt.

Most words that seem to be exceptions to this “rule” have roots in Old English, such as eight, weigh, neighbor, sleigh, and weird. Another famous exception is seize, which, although it does come to English from Latin through French, seems to trace ultimately back to Germanic roots.

Smart people tried to adapt the rule to actually follow English spelling. That's where we got this variant:

Exception to "I Before E" Rule

Nice try, but it's still full of exceptions. To make the above jingle accurate, it'd need to be something like:

I before e, except after c
Or when sounded as 'a' as in 'neighbor' and 'weigh'
Unless the 'c' is part of a 'sh' sound as in 'glacier'
Or it appears in comparatives and superlatives like 'fancier'
And also except when the vowels are sounded as 'e' as in 'seize'
Or 'i' as in 'height'
Or also in '-ing' inflections ending in '-e' as in 'cueing'
Or in compound words as in 'albeit'
Or occasionally in technical words with strong etymological links to their parent languages as in 'cuneiform'
Or in other numerous and random exceptions such as 'science', 'forfeit', and 'weird'.

And that doesn't even rhyme.