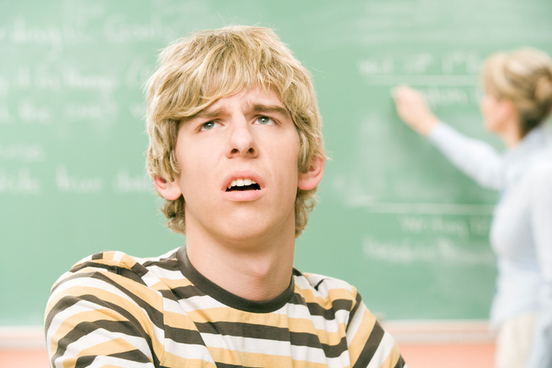 Ignoramus is the title of a play by George Ruggle that was first produced in 1615. The play is a farce set at Cambridge University and has as its main character a magistrate who believes himself to be shrewd when in fact he is foolish and ignorant. This character's name is Ignoramus, which in Latin means "we do not know." In the course of the play, Ignoramus is subjected to a series of humiliations. He is denied the woman he loves, saddled with a shrew, subjected to a sound drubbing, judged to be possessed by evil spirits, subjected to exorcism, and packed off to a monastery.

In Ruggle's time, the word ignoramus was used in legal proceedings. Grand juries would write ignoramus on bills of indictment when the presented evidence was insufficient to justify prosecution. In these cases ignoramus indicated "we take no notice of, we do not recognize this indictment." It seems likely that it was from this legal use that Ruggle took his character's name, especially when we consider that Ignoramus of Ruggle's play was based on an actual Cambridge magistrate who was embroiled in an ongoing feud between the town of Cambridge and the University.

Ruggle's play was an instant success, and it was not long before ignoramus came to be used allusively as a contemptuous term for any woefully ignorant person. 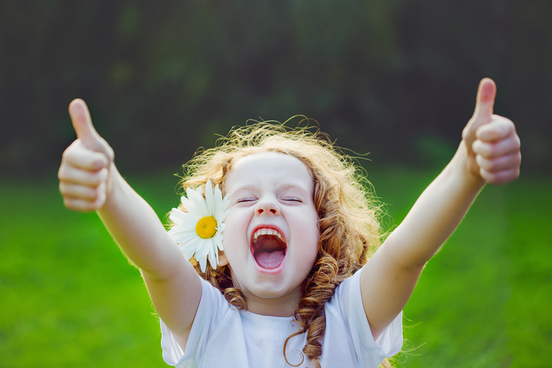 Nowadays, people speak more of having positive attitudes or experiences or being positive in their responses than of positive law. But it is in the phrase "positive law" that positive is first recorded in the English language. The adjective is a 14th-century borrowing from Anglo-French that originally meant "formally laid down or imposed." Geoffrey Chaucer used it that way in "The Knight's Tale":

Positif lawe and swich decree Is broke al day for loue in ech degree. [Positive law and such decree is broken every day for love in every way.]

The phrase "positive law" refers to a law or body of laws established by an authority, such as a government, as contrasted with natural law, which is derived from nature and is binding upon the absence of or in addition to positive law.

Since making its debut as a legal term in the English language, positive has accumulated many senses, especially in scientific fields. A few notable senses first occurred in the 17th century. William Shakespeare, for instance, used the "absolute" or "unquestionable" sense of the adjective—which is now chiefly found in the phrase "proof positive"—in Henry V:

'Tis positive against all exceptions, lords, / That our superfluous lackeys, and our peasants … were enow / To purge this field of such a hilding foe.

It was also in the 17th century that positive meaning "confident in opinion" was introduced.

The Court imagined it the best way to talk big and threaten, and be more positive than heretofore.
— Mercurius Politicus, 1658

Another product of the century was positive used to describe a number greater than zero. 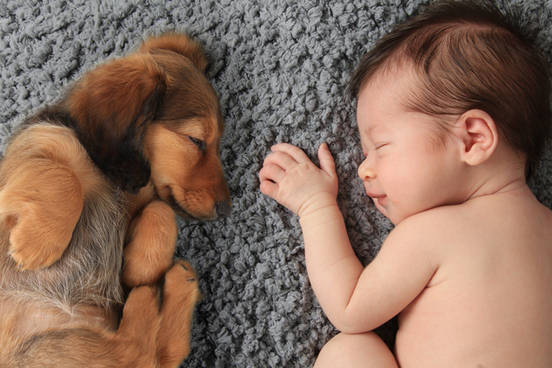 The first things that were described as being nude weren't lacking a covering or clothing—they lacked proof. In Latin, nudus means "naked," "bare," or, in legal use, "not attended by any formalities or pledges." In the late 15th-century, nudus became nude in English and was used to describe statements or promises that lacked written confirmation. Back then land could be said to be granted by a "nude promise," or "nude averments" were made. Another popular phrase was "nude parole"—parole referring to a promise made by a pledge of honor. Fantasy writer J. R. R. Tolkien unearthed that archaic expression in modern times in a letter dated January 8, 1971 in which he explains that his claim to have invented the word hobbit "rests really on [his] 'nude parole' or unsupported assertion."

During the mid-17th century, English speakers began applying nude to plants, animals, and objects that lacked a natural covering. It wasn't until the 19th century that nude was used in reference to the unclothed human body. 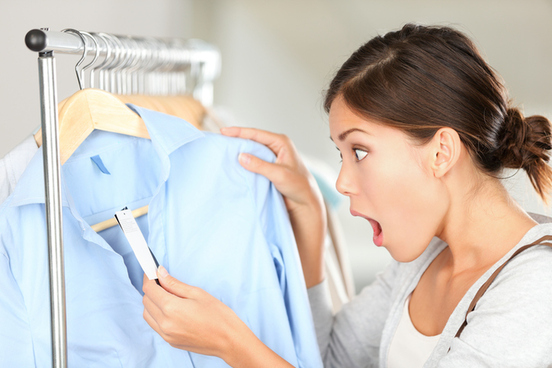 In ancient Rome, exorbitans referred to cases or offenses outside the intended scope of a law. The source of the word and its meaning was the Latin verb exorbitare, meaning "to deviate," which is a combination of the prefix ex-, meaning "out of," and the noun orbita, meaning "track of a wheel" or "rut." English justices adopted exorbitans, and its meaning, as exorbitant in the mid-15th century. About a century later, exorbitant was being used in a figurative sense related to the Latin verb's root to describe things that deviated or wandered from the normal or ordinary course.

It wasn't until the early 17th century that the word developed its common "excessive" or "immoderate" sense, and by that century's end people were talking of exorbitant—or grossly excessive—prices, charges, and rates. 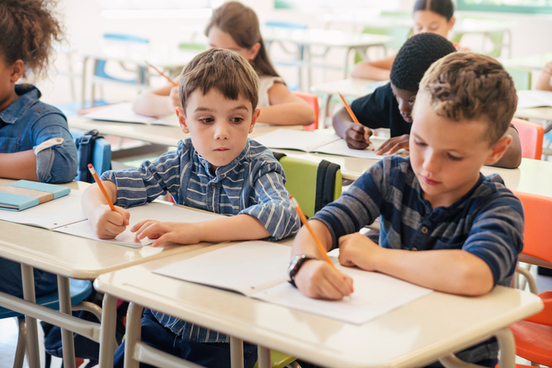 In English feudal law, escheat referred to the return of land to the lord of an estate when the tenant died without an heir, as well as to the forfeited property itself. Officers were appointed by the Crown to manage the escheats and to ascertain who the legal heir was, if there was one. In the absence of a heir, the land was reverted—or was escheated—to the Crown.

Both the noun and the verb escheat were often used in the shortened form cheat. In time, the unfortunate forfeiture of escheat became associated with unscrupulous or unlawful attainments of property. By the late-16th century, cheat became a verb meaning "to deprive someone of something valuable by deception or fraud" and soon after a noun referring to fraudulent or deceptive acts. 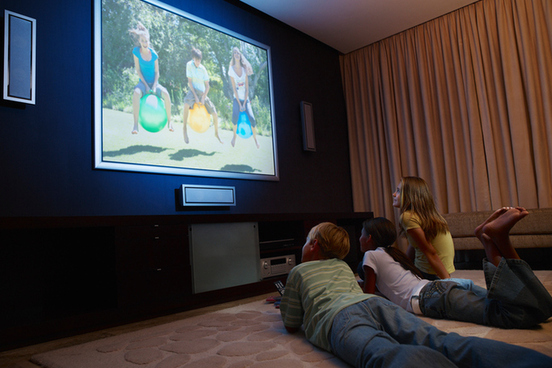 Stultify was first used in the mid-1700s in legal contexts. According to the law, if you stultified yourself, you claimed to be of unsound mind and thus were not responsible for your acts.

It hath been said, that … though he be afterwards brought to a right mind, [he] shall not be permitted to allege his own insanity in order to avoid such grant: for that no man shall be allowed to stultify himself, or plead his own disability.
— William Blackstone, Commentaries on the laws of England, 1766

By the early 19th century, the word was being used for actions that cause people or things to appear stupid or foolish, which mirrors how its Latin ancestor, the verb stultificare, was used.

The licentiousness of the press … [has] gone near to stultify the people of England.
— Duke of Wellington, letter, 20 Dec. 1810

Later in the century, stultify became a verb to describe actions that impair or make people or things useless. Nowadays, this is the most common meaning of stultify, as demonstrated by English actor Eddie Redmayne in a November 16, 2016 interview for The Straits Times (New York):

But I have found the capacity to block off certain thoughts. Like, with this film, about the scale of it … and what's at stake and not wanting to screw it up. I'm getting better at blocking that part of my head because it can stultify you. 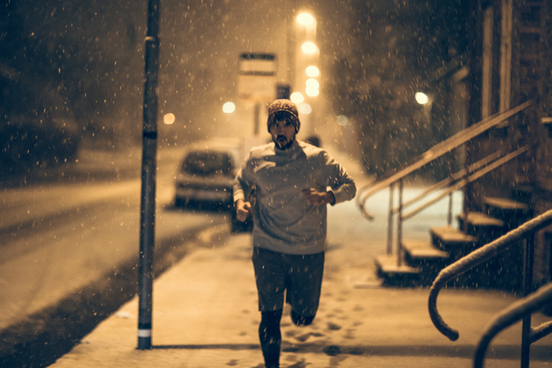 'Implement' means "to give practical effect to and ensure of actual fulfillment by concrete measures."

It would be an untruth to say that the verb implement entered the English language before the noun implement when in fact centuries separate their first known uses. However, we can declare that the verb, meaning "to carry into effect," originated in the language of Scottish law at the beginning of the 19th century.

This was an obligation incumbent upon him, which the petitioners were entitled to insist that he should implement.
— Petition, Thomas Gillies of Balmakewan, 1806

The verb is related to an older sense of the noun, which itself was derived from the Latin verb implēre, meaning "to fill up." In law, the noun can refer to the fulfillment or performance of an obligation, contract, or promise, and it is that sense that led to the verb form. Here is evidence of the noun as a legal term:

… there was for a long time some doubt as to whether a decree of specific implement could be enforced against a limited company or other corporate body.... The reason was that, traditionally, the only penalty for breach of specific implement was imprisonment....
— Angus McAllister, Scottish Law of Leases, 4th edition, 2013

Although the verb was firmly established in the language by the 20th century, some language commentators found its usage criminal. Its early popularity was among the British, and its early critics were also British. They regarded implement as too fancy and obscure a word for general use, considering it to be pedantic and bureaucratic jargon. Today, commentators tend to agree that implement is innocent as a verb. It is a very common word and typically describes the taking of concrete measures to carry out an official policy or program, legislative or otherwise. 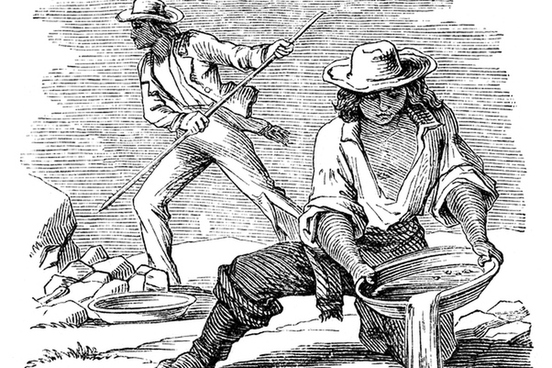 Locator was used in legal contracts before becoming a name for an electronic device or system for finding the location of something. The word is based on the Latin verb locare, meaning "to place," and was used in ancient Roman law to designate someone who leases goods or property or who offers services for hire. In the early 1600s, British legislators anglicized the word and adopted its meaning. A century later, Americans took up locator as the name of a person who claims mining rights or who stakes out land. It wasn't until the early 20th century that an electronic locator was spoken of. 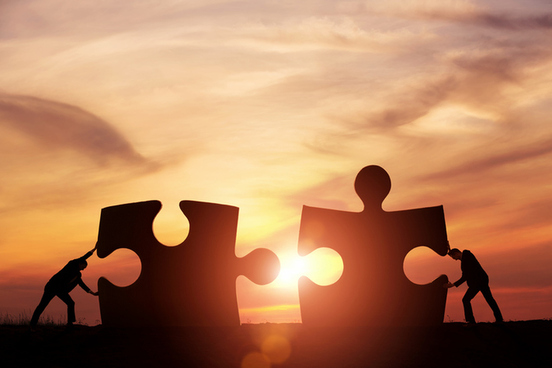 Attach became a fixture of the English language in the 14th century, during which two senses of the word occur: "to take by legal authority" and "to fasten or join." The earliest documented use of the word attests that the legal sense of attach occurred first, and it referred to the taking of a person into custody. The word was later applied to the seizing of property by legal warrant to secure a debt or demand.

Ant te king sal don enqueren ... wat men habbeth idon suuch tressepas, ant thulke þat beth þerof aditede bi þulke enquestes sullen ben atached ant destreined bi þe grete destresse. [And the king will have investigated ... what men have done such trespass and they that are thereof indicted by these investigations shall be taken into custody and confined with great force.]
— Statutes of Realm, circa 1325

Of capital treason I attach you both.
— William Shakespeare, Henry IV, Part 2, 1598

Attachment was also used in the 1325 Statutes of Realm as a noun form of the verb. In the early 15th century, that word's use was extended to a writ authorizing the seizing and taking of a person or property. The common use of attachment to refer to a thing that is connected or attached to something else doesn't appear in English until the early 17th century.