A Briefing on the 'College' in 'Electoral College'

The Electoral College vs The College of Registered Voters

What Is the Electoral College?

Under Article II of the United States Constitution, each state may choose electors to elect a president and vice president. The number of electors for each state may correspond with the number of senators and representatives that the state has in Congress. The electors have the discretion to choose the candidates they vote for, but in practice they vote for the candidates that win the majority of the popular vote in their respective states. The body of electors chosen from each state to elect the president and the vice president is called the electoral college. Electoral in the name is a shoo-in, as it is a relative of elect, but you might be wondering why college runs after it. 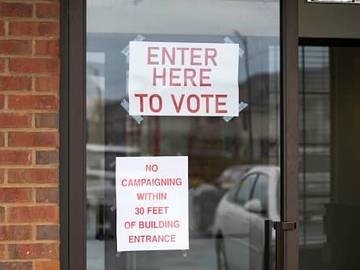 Don't worry about getting a cap and gown.

As mentioned, electoral is related to the familiar verb elect, which is from Latin electus, the past participle of eligere, meaning "to select" and formed from the prefix e- ("out") and the verb legere ("to choose" or "to pick"). During the 15th century, elect and elector are voted into the English lexicon. Election started its term earlier, in the 13th century. Electoral and college become official running mates during the late 17th century, which is also the period when the adjective itself gains popularity.

The term college is enrolled in Middle English. It is a transfer from Anglo-French that is ultimately of Latin origin; it is from the Latin name for "society," collegium, which itself is from collega, meaning "colleague." Essentially, a collegium—in both Latin and English—is a society of colleagues. Like electoral, college is related (via collega) to Latin legare—but in its senses of "to depute or delegate" or "to send as a deputy."

Over its tenure, college has come to designate various groups of people who are associated by a common pursuit or have common interests or duties. Early examples of the term are from religious contexts, such as "Jesus Christ and his college of apostles" or "the Vatican's College of Cardinals." Illustrations of secular use—aside from those found in the names of educational institutions or divisions within a university (which have "societies" of scholars)—are "the College of Physicians/Surgeons" or "the College of Heralds," as well as "the electoral college," which has referred to various bodies of electors in governments—in the past, monarchical ones.

This new creation met with great opposition, both in the electoral college, and the college of princes; but at last, by a conclusion of the three colleges on the 30th of January 1708, it was unanimously determined that the electoral dignity should be confirmed to the duke of Hanover and his heirs male.
— The Modern Part of an Universal History, 1764

By this time the Emperor's son Joseph was by the electoral college chosen King of the Romans.
— Tobias Smollett, The History of England, 1794

… the Court of Vienna having now secured all the voices of the electoral college, … the Grand Duke was, on the second of September 1745, declared Emperor of the Romans at Francfort….
—William Belsham, Memoirs of the Kings of Great Britain, 1796

Today, an electoral college is most often discussed in U.S. politics during an election year when "colleges" of registered voters will soon be going to the polls to vote for their presidential candidate. The voting by those colleges, or groups, of electors make up the popular vote, which historically has sway over the voting by the electoral college. So be sure to vote.