When we speak of someone having good (or bad) character, of being in (or out) of character, or of being a shady character we are using some of the more modern senses (modern here meaning “from the 17th century onward”) of a word that has an interesting history and, yes, character. 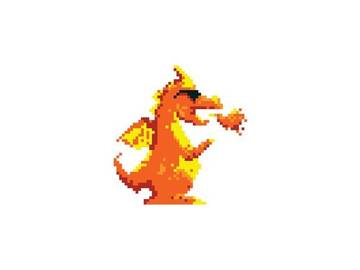 Character can be traced back to the Greek charassein, meaning “to sharpen, cut in furrows, or engrave.” This word gave the Greeks charaktēr, a noun meaning “mark, distinctive quality” (a meaning that was shared by the Latin character). When English adopted the word in the 14th century this “a distinctive differentiating mark” was among the earliest meanings of the word, along with “a conventionalized graphic device placed on an object as an indication of ownership, origin, or relationship,” a definition that includes the letters of the alphabet which make up the word itself.

Textor also writeth, that amongest the auncientes there was a custome to make the Character of a horsse in the forehead of a boud-slaue, there was also ymages of horssemen and horsses renowned in many countries for the honor of both.
— Edward Topsell, The historie of foure-footed beastes, 1607

Senses such as “the aggregate of distinctive qualities characteristic of a breed or type” did not come about until the 17th century.

The Caracter of a Horse, Page 1. To prevent distempers in Horses 2. To feed them without Hay, Corn, or Grass
— Gervase Markham, The compleat husbandman and gentleman’s recreation_, 1695

Also in the 17th century there arose a related meaning, “the complex of mental and ethical traits marking and often individualizing a person, group, or nation,” one that we often have applied to describing the people of an entire nation.

Character of the Dutch, being three Weeks Observations of their Vice and Virtue.
— William Whitwood, A catalogue of choice books, 1686

”Insensibility,” says M. de la Condamine, “is the basis of the American character.”
— Wiliam Robertson, The history of America, 1777

The 17th century (which was a banner century for character) is when we began using this word to refer to individuals. The earliest such uses come from the theater.

But this hinders not that there may be more shining characters in the Play.
— John Dryden, Of dramatic poesie, 1668

So Comedy in like manner would abound with all delightful variety of both, by which we behold the humours, and inclinations of men, in due elevation, and magnitude; not that it is requisite that all the characters in a Play should be equally great….
— Edward Howard, The womens conquest, 1671

In addition to referring to a figure in a play, character may apply to one of the people found in a novel, to a person marked by conspicuous traits (‘you know your aunt, she’s quite a character’), or broadly to an individual or person. One of the most striking aspects of the word character is how well it illustrates the ability of speakers of English to differentiate between the many senses of a single word.

When we encounter a sentence such as “the word processing programs now always come with a wide range of special characters” we have a feeling, even without any additional context, that the writer is likely to be referring to “a graphic symbol,” and not “reputation.” And when we encounter the sentence “I did not seek to impugn your character” we know that they writer is referring to someone’s reputation, and not to their graphic symbols (even if we aren’t quite sure what impugn means).

This ability is one of the unheralded superpowers well-nigh all native speakers of a language have, the ability to instantly distinguish between potentially dozens of complex meanings of a single word. It should be no less remarkable for its being commonplace, and so the next time someone around you uses a word such as character, give yourself a pat on the back for understanding what it means.