1
: to assail by words or arguments : oppose or attack as false or lacking integrity
impugned the defendant's character
2
obsolete
a
: assail
b
: resist
impugnable
im-ˈpyü-nə-bəl

When you impugn, you hazard repugnant pugnacity. More simply put, you risk insulting someone so greatly that they may punch you in response. The belligerent implications of impugn are to be expected in a word that derives from the Latin verb pugnare, which means "to fight." In its earliest known English uses in the 1300s, impugn could refer to a physical attack (as in, "the troops impugned the city") as well as to figurative assaults involving verbal contradiction or dispute. Over time, though, the sense of physical battling has become obsolete and the "calling into question" sense has predominated. As you might expect, pugnare also gave English other fighting words, including repugnant and pugnacity.

He impugned his rival's character. Her motives have been scrutinized and impugned.
Recent Examples on the Web Shahsavari, the head of the House of Cinema, told Masihzadeh to beware—people could use her accusation as an opportunity to impugn the prestige of Iranian cinema.

New York Times, 25 Oct. 2021 These types of claims are not reliable or fair indicators of an officer’s conduct, and would not be used to impugn any other person.

Taylor Avery, USA TODAY, 31 July 2021 Reproductive rights forms the legal-focused arm of the reproductive justice movement and focuses on challenging laws and policies that impugn someone’s human right to choose whether, when, and how to have a family.

Lisa Deaderick, San Diego Union-Tribune, 4 July 2021 Contemporary translators are often quick to impugn the theologies that animate earlier translations, but no translator is free of ideology, for the act of translation itself entails certain claims about the nature of sacred literature.

Star Tribune, 12 Nov. 2020 As a growing body of consistent evidence can be hard to explain away, one fallback is to impugn the source.

Sean B. Carroll, Scientific American, 8 Nov. 2020 Hannity was joined in his efforts to impugn the integrity of the electoral system by his colleagues Tucker Carlson and Laura Ingraham, two hosts who also have a history of advancing dishonest arguments to support Trump.

These example sentences are selected automatically from various online news sources to reflect current usage of the word 'impugn.' Views expressed in the examples do not represent the opinion of Merriam-Webster or its editors. Send us feedback.

Middle English, from Anglo-French empugner, from Latin inpugnare, from in- + pugnare to fight — more at pungent 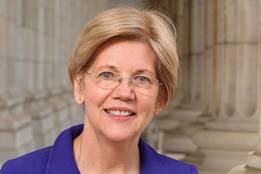 'The senator has impugned the motives and conduct of our colleague'

: to attack as false or not to be trusted
impugn the honesty of an opponent

More from Merriam-Webster on impugn

Thesaurus: All synonyms and antonyms for impugn