Under 'Duress' or Under 'Stress'?

Not to stress you out, but you may be using 'duress' wrong

The phrase "under duress" should not be confused with "under stress." Stress is concerned with strain or pressure, while duress refers to wrongful or unlawful coercion. If you are forced to sign a contract under threat, for example, you have signed the contract "under duress." Being under stress is far more common than doing something under duress.

We're going to start this usage lesson with an imagined scenario: let's say you've got this frenemy, and both of you are very good Go Fish players. In fact, you two are the best in the world, and only ever lose to each other. Let's say you almost always win and consider yourself The Best. Your frenemy can't abide the idea of second place, so she writes up a statement asserting her own dominance and insists that you sign it. You of course refuse. She then grabs hold of your nose and won't let go until you do what she says. Eventually her bony fingers win out: you sign the statement.

You have signed it under duress. 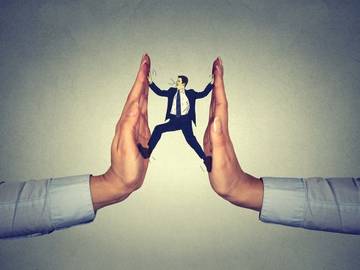 A stressful situation, hopefully not photographed under duress.

The word duress applies in situations far more dire than the one in the above scenario, but the crux is this: if you do something—for instance, sign a legally-binding agreement or confess to having done something illegal—because you were wrongfully (and usually unlawfully) coerced, you have done it under duress. (Merriam-Webster's Dictionary of Law helpfully points out that you may be able to avoid the consequences of such acts, so take heart: that statement you signed about your frenemy being the Go Fish champion can likely be declared invalid.)

In some cases, people use the word duress where the word stress is the more appropriate choice. For example, you didn't deal the cards for those high-intensity Go Fish games with shaky fingers because you were under duress; your fingers trembled because you were under stress—that is, you were under strain or pressure. Your frenemy didn't fumble the cards while shuffling due to duress; it was from stress. You both suffered from sleepless nights before games not because of duress, but because of stress. (Honestly, both of you need to take it easy.)

Being under duress is not solved with a good back massage, nor will a hot bath typically help. If you want to say that someone has been under a great deal of one or the other, the word you almost always want is stress.

It's no surprise that duress and stress are confused. Along with sharing the final four of their six letters, both commonly occur with under and both have to do with people in difficult situations. However similar they are in appearance and collocation, though, they are distinct in meaning and etymology. While both words date to Middle English, duress comes from an Anglo-French word meaning "hardness, severity," and ultimately from the same Latin word that gave us endure. Stress, meanwhile, comes from a Middle English word stresse, meaning "stress, distress." That word is short for destresse, a word that eventually became our modern distress.

When distress was first used in the 13th century, it was used in its narrow legal meaning, a meaning still in use: distress in this sense refers to the seizure and detention of goods belonging to someone else as a means of settling a debt—like when a landlord seizes a tenant's goods when a tenant falls behind in rent (a practice that some courts have held to be unconstitutional). Distress is clearly stressful, but it's still not duress.

The application of duress in contexts that call for stress appears to be largely a 21st century phenomenon. If we continue to collect evidence of the use in published, edited text, we may be forced to add a sense of duress that covers the use. But one thing's for sure: we won't do it just because you pinch us, so please don't try.