'UNICEF' is an acronym. 'ACLU' is an initialism. Why?

Words are made up of letters, but a group of letters doesn’t necessarily become a word. Think of FBI or HMO or TSA or TGIF—perfectly common expressions that we encounter every day, but no one would call them words. They are commonly called acronyms, but there’s a more specific term that’s used by linguists and people who like being precise about these things: initialism. 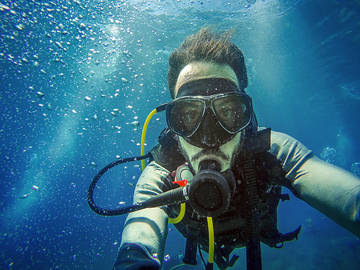 The confusion starts when we pronounce the letters of these abbreviations like a word, like NATO. The definition of acronym, “a word formed from the initial letter or letters of each of the successive parts or major parts of a compound term,” means that acronyms can be differentiated from other abbreviations because they are pronounceable as words. Some acronyms are spoken so frequently that we begin to think of them as words, like radar (radio detection and ranging), scuba (self-contained underwater breathing apparatus), and laser (light amplification by stimulated emission of radiation). Other common acronyms are ASCII, UNICEF, DARPA, and the governmental terms POTUS, FLOTUS, and SCOTUS.

An initialism is an abbreviation formed from initial letters. Our online dictionary has entries for some 1500 abbreviations that use only capital letters, like ACLU, BBQ, CPR, DIY, POV, PTSD, and YMCA. Acronym is a relatively new word made up of ancient parts. It entered the language around 1940, made from the Greek word akros, meaning “topmost” or “highest,” combined with -onym, from the Greek word onyma (“name” or “word”). In German, the term Akronym had been used since the 1920s.

Initialism is the older term, dating to the mid-1800s.

Some initialisms become acronyms by virtue of being spoken out loud frequently enough to become more like a word than a set of letters: both ASAP and LOL are frequently pronounced as words. Some are only partially pronounced, like HVAC.

Acronyms formed from the first parts of words (rather than just the initial letters) tend to become words themselves, like hazmat (hazardous materials) and motel (motor hotel). These are sometimes called blends by linguists, and arguments about whether the new word was formed from initial letters or blended word parts enter the realm of the philosophical.

Finally, some words are formed from spelling out or rendering pronounceable their initials, like emcee (MC) and seabee (construction battalion).

Because it’s frequently used to mean both kinds of abbreviations, a second definition of ​acronym​ reads, “​also​ : an abbreviation (as FBI) formed from initial letters.” Which is a synonym of ​initialism​, FYI.