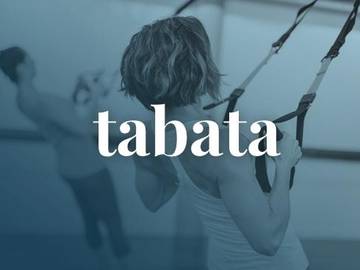 What does tabata mean?

Tabata is a high-intensity interval training that consists of eight sets of fast-paced exercises each performed for 20 seconds interspersed with a brief rest of 10 seconds.

Where did tabata come from?

Tabata training (also called Tabata protocol) is a type of HIIT (high-intensity interval training). It originated in the research of Japanese scientist Dr. Izumi Tabata and his team from the National Institute of Fitness and Sports at Kagoshima Prefecture, Japan, on high-intensity exercise during the early 1990s. Their objective was to find out if short bursts of high-intensity exercise followed by shorter rests might condition the body better than a continuous moderate-intensity exercise.

To determine this, they worked with two test groups—one doing moderately intense exercise and the other high-intense. Moderate-intensity exercising consisted of a one-hour workout, five days a week, for six weeks. The high-intensity exercising consisted of a four-minute workout, four days a week, for six weeks; each workout consisted of eight sets of 20 seconds of exercise at maximum effort each followed by a 10-second rest. To do the math: (8 x 20) + (8 x 10) = 240 seconds (4 minutes).

The results of the study showed that the moderate-intensity workouts improved the aerobic (or cardiovascular) fitness of test subjects but did little anaerobically (that is, in muscle strengthening). The high-intensity workouts, on the other hand, benefited the test subjects more significantly both aerobically and anaerobically, which, evidently, was due to the unbalanced exercise-to-rest ratio. The reasoning behind this is that a shorter period of rest in between longer periods of intense exercise during a workout does not allow the body to fully recover. By the second half of the workout, the body is forced to work at maximum capacity physiologically, causing the heart to pump faster and the rate of metabolism to increase. In the end, the high-intensity routine builds endurance and muscle, and burns lots of calories—and it only takes four minutes of pushing yourself to the absolute limit four or five days a week. Hence, we have the popularity of the Tabata 20-10 workout (20 seconds of exercise, 10 of rest—and repeat).

How is tabata used?

Tabata has evolved since the 1990s, not in execution, but in the exercises that are incorporated in training. They are now more intense than pedaling a stationary bike at full speed, which was the main exercise in Dr. Tabata's research. Nowadays, a combination of advanced exercises—such as burpees, medicine ball slams, lunges, and kettlebell swings—are performed at maximum effort, making the 4-minute session of self-inflicted torture that much more intense.

Crazy for some HIGH INTENSITY cardio, but not loving the idea of hour-long workouts? Check out this post with 6 TABATA workouts guaranteed to pack a punch in a WEE bit of time! https://t.co/6op6hcJZvZ. You're welcome. #tabata #cardio #hiit #workouts #fitness pic.twitter.com/YjncvfCVyH