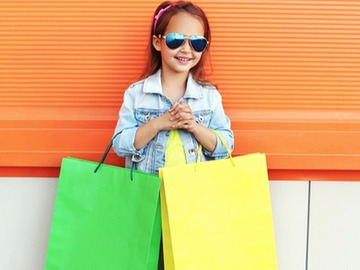 It's likely that the sense of swag which means "loot" comes from a term thieves used to describe stolen goods.

The freebie swag, sometimes also spelled schwag, dates back to the 1960s and was used to describe promotional items. According to our files, early swag was everything from promotional records sent to radio stations to free slippers for airline passengers. In short order, this particular meaning of swag broadened and soon referred to anything given to an attendee of an event (such as a conference) as a promotional stunt.

This swag didn't gain much use until the 1990s, but it also didn't appear out of thin air. The newer meanings were based on an older, more established meaning that referred to goods acquired by unlawful means:

Silverware in those days was the choicest swag known to burglars... —Willamette Farmer [Oregon], 14 October 1898

It's likely that the "loot" sense of swag came into English from thieves' cant. We have 17th-century evidence of a number of phrases from the underworld that use this sense of swag, like swag-shop (a shop selling goods) and rum swag (full of rich goods). Modern swag, however, isn't stolen but given freely. We've entered this "promotional items" sense of swag into our Unabridged Dictionary.

What about the other swag? That's a slang word that refers to stylish confidence. It shows up in songs ("Check out my swag, yo / I walk like a ballplayer"—Jay Z) and social media hashtags, but this word derives from swagger, not from stolen goods. And though it sounds newer than the "free stuff" swag, this swag is actually older. We can trace it back to 1640, where it's used to refer to "hansom swag fellowes."