How to Use 'Per Diem' in a Sentence

This term has three jobs in English

Per diem the noun, is an amount of money someone allots to you for daily expenditure, such as for business. Similarly, the adjective "per diem" means "daily" and is usually related to costs or expenses that happen on a daily basis. Lastly, "per diem" is also an adverb meaning literally "by the day." If you only work on days you are needed, you work "per diem."

Per diem does triple duty in English: it's an adverb, an adjective, and a noun. In each case, it's always lowercase, with a space between its two elements: per diem. 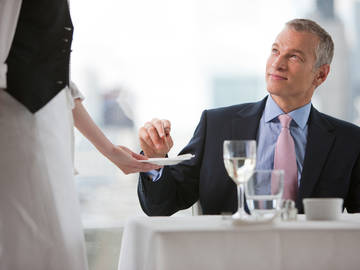 As a noun, a per diem is an amount of money someone is given for daily expenses, such as those incurred while traveling for work.

Three Uses of Per Diem

The newest English meaning—as a noun—is the most common one: a per diem is an amount of money that someone is given for daily expenses, such as food and taxis. Your employer may pay you a per diem when you travel for work, in which case you receive a set amount of money for each day you're working away from your regular work location. (Alternatively, some employers require that you keep track of the expenses you incur so that you can be reimbursed for the exact amount of money you spent.) Or if you are invited to speak at a conference you might be given a per diem for the days you are there. (You might also have your travel expenses paid and be paid a fee for speaking, but neither of those qualify as a per diem.)

The noun meaning of per diem dates to the early 1800s, but the adjective is only slight older, dating to the mid-1700s. The adjective has two uses. It can mean "based on use or service by the day"—in other words, "daily." State lawmakers are often reimbursed for their per diem costs; those costs are expenses they incur while working in the state's capitol away from their homes. And it can mean "paid or calculated by the day." Per diem interest is calculated not by the month, but by the day.

The adverb meaning of per diem is identical to its (only) Latin meaning: "by the day" or "for each day." People who are employed per diem work only on the days they are called in to work; they are employed not full-time or part-time, but by the day. Substitute teachers, for example, typically work per diem.