People are ravenous for the truth

The substitution of a single letter (or two) in a word, particularly if it’s a longish word, can turn your carefully crafted prose into the laughingstock of your writing seminar (for instance, when you use reticule (“a woman's drawstring bag used especially as a carryall”) when you mean ridicule, or that classic mistake of confusing agatiferous (“bearing agate”) with anatiferous (“producing ducks”)).

A slightly more common set of confused words is voracious and veracious. The one beginning with a vor- may mean either “ravenous” or “excessively eager,” and the one with an initial ver- means “truthful” or “accurate.” 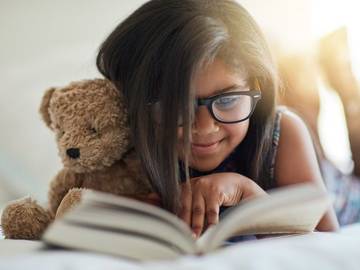 Voracious comes from the Latin vorare (“to devour”). This root is shared by a number of English words, such as devour itself, and the somewhat more obscure vorant, which is used solely in heraldry, and means “shown in the act of devouring.” Vorare also gives us the ending of a great number of words which are defined as “feeding on X” (such as vermivorous, “feeding on worms”).

Veracious likewise comes from a Latin word (vērax, meaning “truthful”), although this root has served as the basis for many fewer modern English words (veracity (“truthfulness”) is one such example). Why there should be more words meaning “devouring” than those meaning “truthful” is a mystery for the culinary gods, or perhaps the FDA.

Both words appear to have entered our language around the late 16th or early 17th century; our current evidence shows slightly earlier use for voracious.

….so the voracious greedinesse of the Wolfe dispatcheth and consumeth that prey which in his famin meeteth him by chance.
— Richard Linche, The Fountaine of Ancient Fiction, 1599

Moreouer, that Protestants cannot haue fayth pleasing to God, that is, fayth infallibly certayne not grounded on euidence, I demonstrate in this sort. No man can be assured infallibly of the truth of things not seene, nor to him euidently certaine, but by the word of an Authour infallibly veracious in all his words, deliuered vnto him by a witnesse of infallible truth….
— John Floyd, The Totall Summe, 1639

We're sorry to report that we have no simple mnemonic for you to chant when you're feeling unsure of which word to use. However, no such memory aid is needed here; simply by remembering that both of these similar words exist you will be reminded to consult the best memory prompt there is: the dictionary.