Brought is the most common past tense and past participle of bring. Similar words like ring, sing, and spring are modified with an "a" or a "u" for their past tenses and participles, like rang and rung, but brang and brung, although recognized by many dictionaries, are widely considered nonstandard—even further from standard exists broughten. 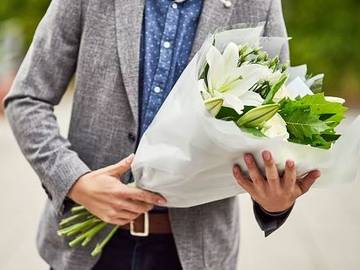 'Brought' has past tense and past participle variations that date back to Old and Middle English.

Ring, sing, spring, and bring have two things in common: they rhyme and they are "strong" verbs. That is to say, they all close with the same sound and they all belong to a class of "strong" irregular verbs that are inflected by a change in the root vowel rather than by the adding of a suffix—such as -ed, -d, or -t, or -ing—which is how "weak" regular verbs are inflected to indicate tense. (Talk, change, and build are examples of weak verbs.) Of the irregular verbs mentioned, three of them share another quality.

Past Tense for Strong Verbs

Brought has a distinguished pedigree that includes a number of variations in Old and Middle English, among them are the past tense brōhte and the past participle brōht. (In Old English, bring was bringan.) By late Middle English, the modern brought gains its title as "Past Tense and Past Participle of Bring," and the only "real" (they're a tag team born from analogy) contenders to take it away have, historically, been brang and brung. But, as of yet, they haven't "broughten it."

Many people, and not just usage commentators, feel that the use of brang and brung in place of brought is cringeworthy, and quite a few standard dictionaries reflect that opinion with labels such as "substandard" or "nonstandard." (Of the two inflected forms, brung more often carries a "dialectal" label, which at least attests to its frequency of use in certain regional varieties of English.) The fact that these words are recognized by dictionaries in the first place validates their legitimacy as words—but with the caveat that they do not have the majority vote for becoming a part of Standard English. Here are some examples (vote as you will):

The energy Naked Giants brang lingered after their performance, hanging in the air as the crowd waited anxiously for the headliner of the night.
— The Johns Hopkins News-Letter (Johns Hopkins University), 21 Feb. 2019

Best advice ever received: I've had so much. Probably, "Dance with who brung ya'." My uncle said that to me. It literally means that if things are working, keep doing them.
— The Hastings (Michigan) Banner, 5 Dec. 2019

Some readers might recall this past participle in the 2001 comedy Not Another Teen Movie in which the character Priscilla, a cheerleader, is challenged by another cheerleader with "You better bring it," and to which she immediately responds with "Oh, it's already been broughten." Her scripted response is for comic effect, and that is how the word tends to be used; however, it is also used in dialect and by authors to express characterization or local color.

… see the numbers o' people as has been broughten into bein heer….
— Charles Dickens, Hard Times, 1854

One by one, the other celebritys was broughten in and introduced.
— Ring Lardner, "Harding Inaugural Is Simps' Delight" in The Bell Syndicate, 5 Mar. 1921

For those who support the use of brang and brung, in speech or writing, you might want to call us out. We're not here to stop you from following your heart; we just observe and report. But consider our response on the matter "already broughten": the occurrence of brang and brung as the past tense and/or past participle of bring in edited writing (our chief metric for measuring language change) is very weak and doesn't hold a candle to the legacy of brought, which shows no signs of burning out. Brought is simply too entrenched in English, much like other strong verb inflections like bought, fought, thought, to give up the fight anytime soon. You might hear or see brang or brung (and broughten, and dare we say, bringed) but it is a TKO for brought—every match. Brought just brings it day in and day out.