Clearing the Air on 'In The Midst/Mist'

Are you in the middle of something or surrounded by fog?

The word midst is sometimes misinterpreted as mist in the expression in the midst of—e.g., "a city in the midst of a desert," i.e., Las Vegas (we have an informational video on e.g. and i.e. if you're interested), or "I was interrupted in the midst of reading the first sentence of this article." In both examples midst implies being in the middle of something, which mist does not, which brings us to the terms mondegreen and eggcorn; it's really your call on which to use to describe the mix-up. 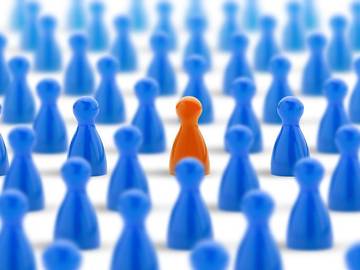 Stuck in the middle with usage

Both mondegreen and eggcorn are used to describe the phenomenon of misinterpreting a word or phrase for another, as in very close veins for varicose veins and for all intensive purposes for for all intents and purposes—or, here, in the mist of for in the midst of (when there is no atmospheric or figurative haziness, just a state of being in the middle or among something or someones, such as "in the midst of a forest/tea/traitorous coup").

Layoffs are not usually sought out. But Dana Ujobagy was in the mist of a layoff at her corporate job, she saw it as an opportunity to leave a tiresome work atmosphere and follow her dream to open her own business.
— Asbury Park Press, 1 Mar. 2018

The offense is in the mist of a historically awful stretch. The Jets have scored one or less offensive touchdowns in their last five games.
— Northjersey.com, 4 Dec. 2018

Mist goes back to Old English as the common name for water particles floating or falling in the atmosphere or floating or falling after being atomized. Midst is a Middle English noun that, in modern English, is used in the set phrase "in the midst (of)," but in the past it can be found following about, as well as in other constructions:

He was not past the midst of the first field.
—Robert Louis Stevenson, "The Misadventures of John Nicholson," 1894

Early forms of the word include middest and middes, a back-formation of amiddes, meaning "amid." Amid or amidst—or aphetic mid or midst—are prepositions that mean "in or into the middle of," as in "I'm having a hard time hearing amid the cheering" or "He looked for his friend amidst the crowd"; as prepositions, both mid and midst are dated. Midst, nowadays, mainly functions as a noun referring to a state or condition of being, literally or metaphorically, surrounded or placed in the middle or in the proximity of something, or it designates a period of time during which something is happening or being done, as in "in the midst of a meal," and such use might be the source of confusion for some people mistakenly using mist in place of midst. Mid, by the way, is commonly used as an adjective, as in "she is in her mid to late 50s" or, in combination, "he is in the midst of a midlife crisis."

Both midst and mist are used in contexts involving time, but midst refers to a period of time being in the middle of a continuing act or condition (like breakfast, lunch, or dinner) having a beginning and end; mist, on the other hand, is used in constructions using words implying an indefinite period of time, as in "lost in the mists of time," which itself denotes that something is forgotten because it happened long ago.

The gruesome and fascinating story of this Norwich man from a "posh" background seems to have been lost in the mist of time but it is told in all its gory detail in a fascinating new book….
— The Eastern Daily Press, 7 Dec. 2018

For reasons long lost in the mist of history, Flint got as far as Mansfield and put down roots on the banks of the Canoe River.
— George W. Rhodes, The Sun Chronicle, 5 Nov. 2018

Mist, in such examples, refers to the concept of time as a thing that obscures one's perceptions or understanding, and that sense of the word derives from the natural phenomenon of fog and haze (a long period of time away from or not doing something will undoubtedly make your memory foggy or hazy). It does not convey an interruption in the middle of something like midst does. Being lost "in the midst of time" would indicate you're lost in the middle of time, and that statement is difficult to grasp (for anyone who isn't a Time Lord). But you could very well be in the midst (or in the middle) of piecing together your family history lost in the mists of time. 18th-century English poet and dramatist John Dryden also wrote of a passion casting "a mist before his sense" that "either made or magnified the offence," which poetically illustrates the vagueness suggested by mist.

Admittedly, midst and mist can sound similar, but they are not by definition interchangeable. Midst implies being in the middle of something; mist, literally and figuratively, denotes something that obscures. If your writing style tends to be terse and you desire a shortened substitute of "in the midst of," feel free to use amid, among, during, or even in. (Sorry, we're in a fog on how to shorten "in the mists of time.")