For all intents and purposes is a phrase meaning "essentially" or "in effect." It is often mistaken as for all intensive purposes because when spoken aloud these two phrases sound very similar. These mistakes, where incorrect words and phrases are replaced but the meaning remains the same, are known as eggcorns. 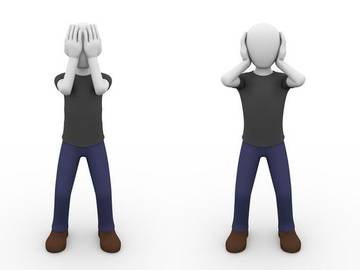 Pictured: a common response to "all intensive purposes"

What Does For All Intents and Purposes Mean?

Both constructions imply that one thing may not be exactly like another thing but it, nevertheless, has the same effect or gives the same result. In other words, the phrase means "in effect" or "essentially."

In January, 2011, Jennings and another former champion, Brad Rutter, played a two-game match against the computer, which was filmed in a single day. Heading into the final "Final Jeopardy!," the humans were so far behind that, for all intents and purposes, they were finished.
— Elizabeth Kolbert, The New Yorker, 19 Dec. 2016

In many ways, a composer's job could be seen as one of the toughest in film—music, to all intents and purposes, ultimately shapes the tone a director can only hope to convey; the score a key contribution to the success of the end product's outcome.
— Jacob Stolworthy, The Independent, 3 Nov. 2017

What is an Eggcorn?

When spoken aloud, you may find that "for all intents and purposes" sounds a lot like "for all intensive purposes," but that does not legitimize the latter as a variant. Intensive is an adjective, meaning "highly concentrated" or "exhaustive," and intents is a noun, meaning "purposes." They're not exactly interchangeable. (That aside, what exactly is "a highly concentrated purpose"? We're not sure, either.) Nevertheless, you will encounter "for all intensive purposes" in both speech and print.

Finally, it must be noted that Dayton vowed to make long-term structural changes to the state budget to avoid deficits. For all intensive purposes, those appear to be lacking.
— The St. Cloud (Minnesota) Times, 29 Apr. 2013

When Kokta hit a baseline jumper with 3:18 left in the first it was 11-0 and for all intensive purposes the game was over.
— The Milwaukee (Wisconsin) Journal Sentinel, 20 Dec. 2012

Static prices, in combination with pressures on household budgets, finding sufficient deposit monies, and the overall uncertainty over the economy as a whole, has meant that Britain's housing market has to all intensive purposes kicked off the New Year in a rather sluggish manner.
— The Birmingham Post, 16 Feb. 2012

When mistaken formations of words or phrases are used in a seemingly logical or plausible way, like "for all intensive purposes," it's known as an eggcorn. (The word eggcorn itself comes from people hearing the word acorn as eggcorn enough that linguists adopted it as the term.) A similar mishearing that is a linguistic venial sin goes by the name mondegreen. Unlike a mondegreen, however, an eggcorn generally retains the same meaning as the original form (e.g., "for all intensive purposes"). Perhaps, you were one of the schoolchildren who stood up each morning, hand on heart, to pledge allegiance "to the Republic for Richard Stans" (instead of "to the Republic for which it stands"). If so, you've been duped by the mondegreen.

One of the earliest recorded examples of the eggcorn "for all intensive purposes" is in a May 1870 issue of the Indiana newspaper The Fort Wayne Daily Gazette:

He has never had a representative in Congress nor in the State Legislature nor in any municipal office, and to all intensive purposes, politically speaking, he might have well have been dead.

This use of the phrase in an edited newspaper implies that it was already commonly used in speech—enough so that it escaped the eyes of the writer of the article, those of a copyeditor, and probably a majority of readers.

If you're one of the many whose eyes twitch when they see this eggcorn, consider this article your vindication. If it's coming as news to you, this is why that editor/friend/Internet stranger got so mad. Should you decide to throw caution to the wind and enjoy "intensive purposes" in the future, we suggest restricting it to speech. There's much less of a paper trail there.