What's one of the first things you do in the morning after you've awoken? Perhaps it's wondering whether you should say awakened there instead of awoken. Or should it be awaked? Or awaken, maybe? 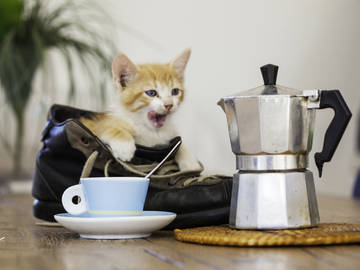 If these questions keep you awake at night, you're not alone. Bryan A. Garner in his Garner's Modern English Usage says that awake and awaken are "perhaps the most vexing [verbs] in the language." As Merriam-Webster's Concise Dictionary of English Usage notes, "awake is a verb that has not yet settled down from its long and tangled history." Everyone gets a pass for being confused.

Origin of Awake and Awaken

The confusion starts back in the first millennium. There were two verbs in Old English that meant "to rise from sleep": the intransitive awacan and the transitive awacian. The two verbs have very similar infinitive forms, and so were beginning to affect one another by the Late Old English period. The problem, however, is that one of those verbs had what we now consider to be regular inflections (awake, awaked, awaken) and the other had what we now consider to be irregular inflections (awake, awoke, awaken).

From there, the inflectional history of awake becomes a mess. One of the regular inflections, awaken, gains life as its own verb and is given regular inflections (awaken, awakened, awakened). The core verbs begin to blend together in Middle English, which means that there are now two possible past-tense forms to choose from: awaked and awoke. So it's absolutely permissible to say "she awakened," (using awaken), "she awaked" (using one inflection of awake), and "she awoke" (using the other inflection of awake).

But English speakers like consistency, and by the 16th century, we had introduced what was an initially poetic past participle of awake to match the past-tense awoke: awoken (as in "they were awoken"). Which gives us

It's no wonder we can't figure out how to get out of bed.

At this point in time, our evidence shows that the most common inflections of awake are awoke in the simple past ("he awoke") and awoken as the past participle ("she was awoken"). The most common inflections of awaken continue to be awakened in the past ("he awakened") and awakened as the past participle ("she was awakened"). It helps if you remember that awaken and awake are different verbs, and that awakened is regular. Maybe just don't think about it too hard when you first wake up.