Though some consider it grad school jargon, the word 'unpack' has been used figuratively for centuries—with various meanings

The English language has long been in the habit of twisting its words, at least in the sense that it is very free in allowing figurative uses to take root. In a number of cases, the figurative use of a word has become so common that it has supplanted the literal meaning. In fact, the word literal itself provides us with a splendid example of this, as the earliest known meaning of this word was "of, relating to, or expressed in letters," and it was some decades before the senses of "free from exaggeration" and "exact, verbatim" were added. 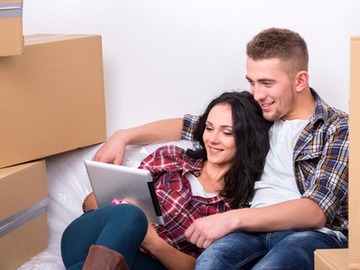 You could literally unpack all those boxes, or you could figuratively unpack the word's history—including the fact that 'unpack' has been used figuratively since the 1500s.

Literal may not often be used today to refer to the subject of letters, but we do have a great number of words which retain their earliest meanings and newer ones concurrently. Unpack is one such specimen, so let’s take a moment to err…explicate this word.

We’ve been unpacking things since the 15th century, for over five hundred years, and the original meaning of this word was, rather predictably, "to remove the contents of." When did it begin to take on a figurative sense? It took a bit over a hundred years, but still came about a long while back, beginning to be so used in the 16th century.

When I record (as I doo often) the strange vntraffiqu't phrases, by him new vented and vnpackt, as if incendatie for fire, an illuminarie for a candle and lant-horne, an indument for a cloake, an vnder foote abiect for a shooe or a bote; then I am readie (with Erasmus) to cry, Sancte Socrates.
—Thomas Nashe, Haue with you to Saffron-Walden. Or, Gabriell Harueys hunt is vp, 1596

Some are neuer well, but when they are vnpacking their bosomes with wordes, and whispering their thoughts in the eares of their reputed friends: & at length, thorough the perfidiousnes of som fals brother, they are brought either to die shamefull deaths, or to liue the like liues.
—Anthony Stafford, Meditations, 1612

Over the next few centuries, unpack added a handful of additional meanings to its repertoire. One of the more commonly encountered senses had to do with the unburdening or revealing of feelings, as in the Anthony Stafford quote above, or in Act Two, scene two of Shakespeare's Hamlet, when Hamlet exclaims

This is most brave,
That I, the son of a dear father murder'd,
Prompted to my revenge by heaven and hell,
Must, like a whore, unpack my heart with words,
And fall a-cursing, like a very drab,
A scullion!

In the early 19th century, unpack also began to refer to the explanation of a word's meaning:

We conceive it our duty, therefore, to translate into plain English the reasoning of this Report from the Committee of Ways and Means; to unpack its meaning; and, unrolling its technical wrappers, to exhibit its body and substance to public view.
—The Free Enquirer, 22 May 1830

What of the modern sense ("to analyze the nature of by examining in detail"), which is beloved by graduate students and armchair philosophers the world over? This appears to have originated in the beginning of the 20th century, and comes initially from the field of philosophy. An additional, more recent meaning of unpack began to see use in the middle of the 20th century; computer data that is converted from a compressed format to an uncompressed and usable format is said to be unpacked.

This concludes a short history of the semantic drift of unpack; it’s up to you to decide which of the word’s myriad senses is most applicable to use in describing the explanation itself.