1
a
: representing by a figure or resemblance : emblematic
the figurative dove of peace
b
: of or relating to representation of form or figure in art
figurative sculpture
2
a
: expressing one thing in terms normally denoting another with which it may be regarded as analogous : metaphorical
figurative language
in a figurative sense, civilization marches up and down

Lewis Mumford
b
: characterized by figures of speech
a figurative description
figurativeness noun

Words and phrases can have both literal and figurative meanings, and we all use words with both kinds of meanings every day of our lives. We can literally close the door to a room, or we can figuratively close the door to further negotiations—that is, refuse to take part in them. Figurative language includes figures of speech, such as similes ("she's been like a sister to me") and metaphors ("a storm of protest"). And sometimes it's hard to tell whether a phrase is literal or figurative: If I say I "picked up" a little Spanish in Mexico, is that literal or figurative? You've probably noticed that lots of the definitions in this book show both a literal meaning (often something physical) and a figurative meaning (often nonphysical).

Lauren Puckett-pope, ELLE, 10 Nov. 2022 As the state’s chief executive, governors are the literal and figurative face of the commonwealth.

Peniel E. Joseph, CNN, 9 Nov. 2022 Their first and only job was as a literal and figurative background player, setting the stage for the star soloist to dazzle the crowd.

Globe Staff, BostonGlobe.com, 7 Nov. 2022 Being a vigilant, good-faith defender of free expression thus means, among other things, putting the decadence of culture-warring in perspective when real—not figurative—authoritarianism is in play.

Aaron R. Hanlon, The New Republic, 16 Aug. 2022 Visceral is a term commonly assigned to visual art that provokes us, often with brazen imagery (representational, figurative, or abstract), symbolism, and colors.

Natasha Gural, Forbes, 19 May 2022 Except that Weaver would claim that efforts by Amazon to bring Seattle (where Amazon is headquartered) closer to its customers in a figurative sense comes with tradeoffs.

John Tamny, Forbes, 4 Oct. 2022 But there does seem to be a vibe in the ether speaking to things that many people have been feeling over the past two-plus years: a figurative sense of walls closing in, of being rooted against our will in one particular place.

These example sentences are selected automatically from various online news sources to reflect current usage of the word 'figurative.' Views expressed in the examples do not represent the opinion of Merriam-Webster or its editors. Send us feedback. 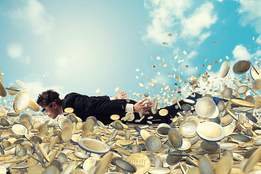 : expressing one thing in terms normally used for another : metaphorical
the figurative use of "foot" in "the foot of the mountain"
figuratively adverb
figurativeness noun

More from Merriam-Webster on figurative