1 : a figure of speech in which a word or phrase literally denoting one kind of object or idea is used in place of another to suggest a likeness or analogy between them (as in drowning in money) broadly : figurative language — compare simile
2 : an object, activity, or idea treated as a metaphor : symbol sense 2
Other Words from metaphor Synonyms What is metaphor? Simile vs. Metaphor Example Sentences Learn More about metaphor

Recent Examples on the Web Who couldn’t hear that story in the stillness of a beautiful morning and not think of its potential as a metaphor, too? — Mark Gauert, sun-sentinel.com, "Hold a seashell to your ear, and you can hear Florida tourism roaring back | Commentary," 4 May 2021 Activists also commemorated it as a metaphor for all indigenous people triumphing over arriving colonists. — Channing King, The Indianapolis Star, "What and when is Cinco de Mayo, and how is the holiday celebrated?," 4 May 2021 The practice serves as a metaphor for Ms. Richard’s life in music. — Mark Richardson, WSJ, "‘Second Line’ by Dawn Richard Review: Anything but Traditional," 26 Apr. 2021 If those things work as a metaphor for getting through the pandemic, great. — Bill Goodykoontz, The Arizona Republic, "Zen and the art of reading while running: What I learned from a year of horror audiobooks," 24 Apr. 2021 The scenes serve as a metaphor of Marib's place in Yemen. — Nic Robertson, Nada Bashir And Charbel Mallo, CNN, "In a fabled desert city, a decisive battle could determine Yemen's fate," 23 Apr. 2021 As a metaphor for the artist’s relationship to institutions — with Da Corte, for example, as the sunshiny innocent, and the Met as his captor — the reference would be too easy. — New York Times, "On the Met’s Roof, a Wistful Fantasy We’ve Been Waiting For," 15 Apr. 2021 The green matchsticks, placed at varying heights for topographic effect, served as a metaphor for trees. — D.w. Pine, Time, "The Story Behind TIME's 'Climate Is Everything' Cover," 15 Apr. 2021 As a metaphor of the thirst for success, this domestic sorcery is pure gold. — Washington Post, "Sanjena Sathian’s ‘Gold Diggers’ is a witty social satire with a dash of magic," 6 Apr. 2021 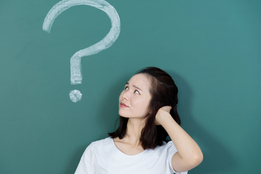 : a word or phrase for one thing that is used to refer to another thing in order to show or suggest that they are similar
: an object, activity, or idea that is used as a symbol of something else

Thesaurus: All synonyms and antonyms for metaphor

What made you want to look up metaphor? Please tell us where you read or heard it (including the quote, if possible).