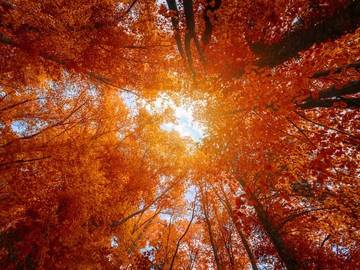 Political events in the United Kingdom once again contributed an entry to our most-searched for words of the week, as quo vadis spiked in lookups after the president of the European council used the Latin phrase in a tweet directed at Boris Johnson.

Quo vadis means "where are you going?" It should not be confused with Domine, quo vadis, which means "Lord, where are you going?", words said to have been uttered by St. Peter, who when fleeing persecution in Rome met Christ returning there to be once again crucified.

Obfuscate was given a workout by a number of journalists covering the continuing political contretemps between President Trump and the Democratic representatives heading an impeachment inquiry.

When obfuscate first came into use, in the early 16th century, it was with the meaning "to throw into shadow." The word comes from the Latin obfuscāre ("to obscure or darken"), which comes in part from fuscus, meaning "dark-colored." Figurative senses of the word are more common today, including "to make obscure," and "to confuse."

Regicide was looked up far more often than is usual last week, after a guest on Fox News asserted that the Democratic investigation of Trump was suitably described by this word.

On Tuesday’s episode of Fox News’ The Ingraham Angle, Joseph diGenova did what Giuliani hasn’t. The lawyer and ardent Trump fan appeared on the show right next to Giuliani, when he called the impeachment proceedings against Trump “regicide.”
— Adam K. Raymond, New York Magazine (nymag.com), 9 Oct. 2019

The sense of regicide presumably intended by diGenova is "the killing of a king"; the word may also mean "a person who kills a king," its earliest sense. The word comes from the Latin reg-, rex ("king") and the noun combining form -cide, which may be traced to the Latin caedere, meaning "to cut, kill." English is particularly rich in words ending in -cide, which are often found used to refer to literal killing of a type of person or thing, but also on occasion are used figuratively. Examples of the literal include vaticide ("the murderer of a prophet"), vulpecide ("the killing of a fox by means other than those of hunting with hounds"), and avunculicide ("the killing of an uncle by his nephew or niece"). Examples of figurative killing include menticide ("a systematic and intentional undermining of a person's conscious mind") and facticide ("perversion of fact; also, a perverter of fact").

Appropriate was in the news a considerable amount this past week, as numerous politicians were asked by numerous reporters whether they felt it was appropriate that President Trump had asked a foreign government to investigate democrats who he might run against in an election.

U.S. Sen. Cory Gardner on Thursday repeatedly refused to say whether he thinks it’s appropriate for the president to ask a foreign government to investigate a political rival.
— Jesse Paul, The Colorado Sun, 10 Oct. 2019

But when asked generally if it is appropriate to solicit foreign interference in the political process, McMaster replied, “Of course, no. No, it’s absolutely not.”
— Rebecca Kheel, The Hill (thehill.com), 10 Oct. 2019

Asked whether Trump’s China comments were appropriate, Pence deferred this time around to his boss, noting that the American people have a “right to know” whether Biden or his family “profited from his position,” and that Trump clearly believes “other nations around the world should look into it as well.”
— Uri Freedman, The Atlantic, 4 Oct. 2019

In addition to functioning as an adjective ("especially suitable or compatible; fitting"), appropriate has several meanings as a verb, including "to take exclusive possession of," "to set apart for or assign to a particular purpose or use," and "to take or make use of without authority or right."

Our Antedating of the Week: 'inappropriate'

Because we do not wish for its antonym to feel left out, what with all this attention being lavished on appropriate, our antedating of the week is inappropriate. Our earliest record for this word had previously come in 1804; recent findings show that we have been inappropriate since at least the first half of the 18th century.

Now of all savings in a gentlemanlike way, sure that of timber-saving is ordinarily for such, the Easiest—Surest—and the Delightfullest—If it makes me not too offensively guilty, as perhaps many times before, of inappropriate initial capital letters, and of lines, which however in part, I am not without present great authority for.
— James Wheeler, The Modern Druid, 1747