Some of the words that defined the week of November 15, 2019 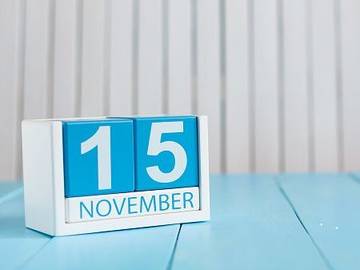 Hey, it's not all from politics this week!

In this week’s installment of ‘perhaps you should have talked with my friend, the dictionary, before posting that’ we have the word prejudice, which attracted considerable attention after the news site Quartz used it in a manner that many felt was injudicious.

There are, it must be said, a number of possible meanings of prejudice. Of these, it must also be said, none would make this particular wording sound good. Among the earliest sense of the word, which dates from the 13th century, is “injury or damage resulting from some judgment or action of another in disregard of one's rights.” Among the meanings more commonly encountered today are “preconceived judgment or opinion,” “an adverse opinion or leaning formed without just grounds or before sufficient knowledge,” and “an irrational attitude of hostility directed against an individual, a group, a race, or their supposed characteristics.”

On a lighter note, a preview of Shashi Tharoor’s upcoming comedy special sent lookups for recalcitrance well beyond its usual range.

Sneak preview of a minute of my stand-up comedy act (it does get better later!) #OneMicStand pic.twitter.com/tgXVZEYOir

Recalcitrance is the state of being recalcitrant (“obstinately defiant of authority or restraint”). The word comes to English from the Latin recalcitrare, “to be stubbornly disobedient, to kick back.” The root of this word, calc- (meaning “heel”), is also part of a number of other English words, including caulk and inculcate.

In a gesture that was widely interpreted by many as something that the younger generation calls ‘trolling,’ Nancy Pelosi paused in her remarks to the press in order to offer President Trump a definition of exculpatory.

Speaker Pelosi: "If the president has something that is exculpatory — Mr. President, that means do you have anything that shows your innocence — then he should make that known ... So far, we haven't seen that, but we welcome it." Via ABCpic.twitter.com/h87oGKqMr7

While the congresswoman from California may define the word in whatever manner she chooses, her phrasing is somewhat more colloquial than what we would typically use. Our definition is “tending or serving to exculpate,” and we define exculpate as “to clear from alleged fault or guilt.” Culpa, the Latin word for “blame,” is at the heart of exculpatory, and may be found in numerous other English words, including culpability (“blameworthiness”).

The ongoing impeachment hearings in Congress continued to cause words to spike, in one case due to a pronunciation variant of Kiev that was unfamiliar to many Americans.

American lawmakers and officials at Wednesday’s hearing generally sounded as if they were trying to pronounce Kiev in Ukrainian, rather than the way it is pronounced in Russian. But at points, it sounded more like “keev,” with the long “ee” pronounced as a single syllable.
— Karen Zraick, The New York Times, 14 Nov. 2019

We offer two ways of pronouncing the name of this city (the capital and most populous city of Ukraine): ˈkē-ˌef play and ˈkyē-​ü play . The former is a Russian pronunciation, and the latter Ukrainian.

In other impeachment-related words, outlandish was in the news, after Republican counsel Steve Castor employed it in posing a question to William Taylor, former ambassador to Ukraine.

"In fairness, this irregular channel of diplomacy, it's not as outlandish as it could be," Castor said to Taylor. "Is that correct?” Taylor laughed at this question while agreeing that, well, sure, it "could be" more outlandish.
— The Week (theweek.com), 13 Nov. 2019

Outlandish has been in English use for a very long time (since before the 12th century), and the initial meaning of the word was simply “foreign,” or “of or relating to another country.” In the 16th century the word took on the meaning which is commonly found in everyday use, and occasionally in congressional hearings, “strikingly out of the ordinary.” A related word, outland, which is of similar age, means “a foreign land.”

Our Antedating of the Week: 'witness tampering'

For our antedating of the week we are looking at witness tampering, for who among us does not like to occasionally tamper with a witness? Our earliest record of this law term (“the act of physically harming or using threats, intimidation, harassment, or corrupt persuasion against a witness with the goal of influencing the witness's testimony or preventing the witness from providing evidence in an official proceeding”) had come in 1902; recent findings, however, show that we were engaged in this practice (and referring to it as such) decades prior to that.