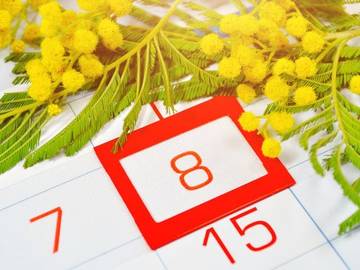 In an exchange with Homeland Security Committee Chairman Bennie Thompson (D-Miss.), he brought up the “cages,” and Nielsen took exception.

“Sir, we don’t use cages for children,” Nielsen said. She drew a small box with her arms to suggest only a much-smaller enclosure would qualify. “Sir, they’re not cages.”

Thompson asked what they were, and Nielsen said they were “areas of the border facility that are carved out for the safety and protection of those who remain there while they’re being processed.”
— Aaron Blake, The Washington Post, 6 Mar. 2019

Here is how we define cage:

1 : a box or enclosure having some openwork for confining or carrying animals (such as birds)

2a : a barred cell for confining prisoners b : a fenced area for prisoners of war

3 : a framework serving as support

4a : an enclosure resembling a cage in form or purpose b : an arrangement of atoms or molecules so bonded as to enclose a space in which another atom or ion (as of a metal) can reside

5a : batting cage b : a goal consisting of posts or a frame with a net attached (as in ice hockey)

6 : a large building containing an area for practicing outdoor sports and often adapted for indoor events

Bodega (a usually small grocery store in an urban area; specifically, one specializing in Hispanic groceries) was in the news last weekend, after Saturday Night Live guest host John Mulaney performed a sketch about the type of bathroom one might encounter in such a store.

The creepy bodega man can, and did, let the bathroom get that disgusting over the years, which obviously results in a surprisingly poignant musical melody about the bathroom’s life and death.
— Devon Ivie, Vulture (vulture.com), 3 Mar. 2019

We would like to point out that the bodega shares an etymological bond with the words apothecary and boutique. All three words come the Latin word apotheca, meaning “storehouse.” The lexicographers at Merriam-Webster have no public stance on either bodegas or their efficacy as representational humor.

Anti-Semitism has been in the news a considerable amount recently, and last week retained its position as one of our most-searched for words due, in part, to a resolution passed by the House of Representatives.

The House approved a resolution Thursday to condemn "anti-Semitism, Islamophobia, racism and other forms of bigotry" in a move that Democrats hope will quell the latest uproar over Rep. Ilhan Omar's criticism of Israel.
— Susan Davis, NPR (npr.org), 7 Mar. 2019

For those who are wondering, we define the word as “hostility toward or discrimination against Jews as a religious, ethnic, or racial group.” We have lexical evidence of its use since 1880, but the definiendum has, obviously, been around for a much longer time.

Martin Shkreli, the businessman who has previously attracted the sobriquet of “most hated man in America” on several occasions, was back in the news, bringing contraband with him, following an article in the Wall Street Journal about his ongoing prison experiences.

Contraband (“goods or merchandise whose importation, exportation, or possession is forbidden”) may function as either a noun or an adjective. The word first appeared in English in the early 1500s as a borrowing of Italian contrabbando. This Italian word can be traced to the Medieval Latin word contrabannum, a combination of contra- ("against") and bannum (“decree”). Bannan is also related to Middle English bannen ("to summon or to curse"), the source of the English verb ban (which now means "to prohibit" but which once also meant "to curse”).

The news that actor Luke Perry had died of a stroke at age 52 prompted numerous uses of the word heartthrob.

The word has been in use since the 18th century, initially with the literal meaning of “the throb of a heart.” In the 20th century it took on the meaning used in reference to Perry, which is “a usually renowned man (such as an entertainer) noted for his sex appeal.”

Our Antedating of the Week: leniency

For our antedating of the week we are keeping our laser-like focus on current events, and the 18th century. This week Paul Manafort, President Trump’s former campaign manager, received a prison sentence that some found to be on the light side of justice. Our earliest record of the word leniency had previously come in 1753. We now have evidence of the word’s use from 1751.

…the stealing of a few shillings is equally criminal with the atrocious charge of murder; the latter is undoubtedly meritorious of death, but, though our law makes no abatement for the former, leniency is highly commendable, when done by those who have the directions and superintendency of the law.
— Timothy Beck, Observations on Mr. Fielding's enquiry into the causes of the late increase of Robbers, 1751