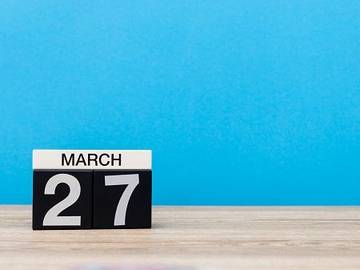 The first word we are looking at this week is not one that has been in the news, or bandied about on Twitter, at least so far as we can tell. It is, however, a word which is particularly apt for many people who have recently found themselves spending much more time at home: sedentation. This word is defined as “the adoption of a sedentary mode of life,” and has been in use since the first half of the 20th century.

Sedentation—the pursuit or attainment of a sedentary mode of life—had come to be almost the American way of life up to the beginning of the war.
— William Brady, The Atlanta Constitution, 6 Dec. 1943

Supplicant had a rare moment in the sun last week, after President Trump declared that the U.S. would never merit this adjective.

We define this word, a synonym of suppliant, as “humbly imploring, entreating.” Supplicant can also function as a noun, with the meaning of “one who supplicates.” And for those who are sitting on the edge of their sofa, waiting with bated breath to find out what supplicate means, it is “to make a humble entreaty; especially “to pray to God.”

Hoarding, “the practice of collecting or accumulating something (such as money or food),” was on the minds of many last week, as we were treated to a large number of stories of people grabbing as much toilet paper and cleaning supplies as possible, with little regard for whether others might have need of such items. The use of hoard as a verb (“to collect and often hide away a supply of”) has been part of English since before the 12th century; the noun form of hoarding dates from the latter portion of the 16th.

For if a man bee so niggardly, that when he hath his Chestes full of money, and his garners and cellers throughly stored, he will both starve himselfe, and not releeve any other bodie: will menne say that such a one knoweth too what purpose it serveth to be riche? No: but he is a starke beast. Therefore let us understande, that our hoording must be to the end we may use it discretely, according as the cace shall require.
— Jean Calvin,  Sermons of Master John Calvin, 1574

Also in our collection of ‘words relating to the current pandemic that we hope you will find interesting’ is cordon sanitaire.

As you can see, human movement began plummeting after January 23, 2020, the day that cordon sanitaire was established for Wuhan. Cordon sanitaire is not a meat and cheese dish eaten in a sanitary napkin but instead is a public health measure that aims to control the spread of an infectious disease.
— Bruce Y. Lee, Forbes (forbes.com), 26 Mar. 2020

We define this as “a protective barrier (as of buffer states) against a potentially aggressive nation or a dangerous influence.” In use since the early 19th century, the term occasionally is applied to situations in which a state wishes to repel a dangerous influence, such as an ideology, but it is often found used in reference to infectious diseases as well. Cordon sanitaire is borrowed from French, in which it has the literal meaning of "sanitary cordon.”

Scourge had a mighty spike in lookups last week, after a variant pronunciation of the word was employed in televised comments by President Trump, and untold numbers of people rushed to their dictionaries to see if they had been saying it wrong all this time.

Sometimes the best way to explain some knotty linguistic matter is through the use of a limerick. We are not saying this is one of those times, mind you, but we do happen to have a fresh limerick at hand; these things start to smell bad after a few days, so we might as well use it now.

A POTUS phonetically bold,
Claimed a disease was never foretold;
”An invisible scourge,”
He rhymed it with gorge;
The orthoepists could not be consoled.

Our Antedating of the Week: 'aspirational'

Our antedating of the week is aspirational (“of, relating to, or characterized by aspiration”), since we’ve all got things that we’re aspirational about. Our earliest known use had previously come in 1866; recent findings show that we’ve been aspirational since the 1850s.

There should be a high and very greatly cultivated spiritual, or aspirational feeling.
— The New Era (Boston, MA), 15 Dec. 1854

…having added these to the man unfolded, refined, progressed, essences or leavens, capable of unfolding the human form, and with it the principles of love, aspirations, intelligence, wisdom, goodness, and justice, all analogy, or correspondence in the several kingdoms … goes to prove most conclusively that the humans are immortal, and must ever continue to exist in some form as conscious, and as aspiration beings or existences.
— James Hambleton, The Social Revolutionist (Greenville, OH), 1 Mar. 1856