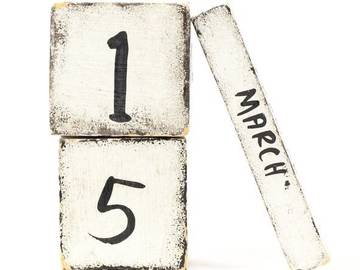 This one gets to some weird places. Just saying.

Thornback received much attention last week after a tweet about the word achieved a viral status to which such obsolete words are unaccustomed. Thornback has been in English since the 14th century, although in initial use the word had the meaning “any of various rays having spines on the back.” The figurative use of “spinster” took hold in the late 17th century.

Here's Streets, and Signs, and Paint, and Rogues, and Jilts, and Dogs, and Fops, and Fools, and Women—Here’s Ribbons and Laces, and Mony, and Point Cravats, and Top-knots. Lads Ogling, Lasses winking, Maids flickering, Wives plotting, musty Batchellors moulding, and over-grown Thorn-backs despairing, and just ready to hang themselves in some of their own Inkle.
— John Dunton, A voyage round the world, 1691

The word schadenfreude (“enjoyment obtained from the troubles of others”) had a mild but prolonged increase in lookups throughout the week, which may or may not be attributable to the news that dozens of parents were being charged with bribery in a collegiate admissions scandal. This word, which was imported from German in the 1860s, surges in popularity whenever large groups find themselves basking in the warm glow of seeing someone get their comeuppance (whether said comeuppance is actually deserved or not). A number of additional words, such as meritocracy and varsity, received more attention than usual, due to the coverage of the case.

Meritocracy may be defined as either “a system in which the talented are chosen and moved ahead on the basis of their achievement” or “leadership selected on the basis of intellectual criteria.” One who advances through a meritocratic system is a meritocrat, a word that is closely related to, but not synonymous with, meritmonger (“one who expects salvation as a recompense for good works”).

It is difficult to guess the intent of whoever it is that names the operations of the Justice Department, and to state with any certainty which sense of varsity (to say nothing of blues) was intended. A strong possibility is that it was “the principal squad representing a university, college, school, or club especially in a sport,” as opposed to the sense that simply means “university” (and which is largely British). Varsity has been in use since the middle of the 17th century, and was formed by shortening the word university.

Cha remember my zon went to the Varsity, and I ha heard him say a fine song:
Hang Brerwood and Carter in Crakanthorps garter,
Let Kekerman too bemoan us:
I'le be no more beaten for greasie Jack Seaton,
And conning of Sandersonus.
— Thomas Randolph, A pleasant comedie. entituled Hey for honesty, 1651

Denounce was one of several words propelled by politics this week, as White House Press Secretary Sarah Sanders stated that President Trump had in fact denounced Rep. Steve King, but had done so in private conversation with her.

Reporter: Has the President ever denounced Steve King?

Sanders: He denounced him to me privately. pic.twitter.com/B5gq1bmX2q

Some felt that the use of the word denounce to refer to a private conversation was inapt, as denounce often carries in its meaning an aspect of “public proclamation.” Among the meanings we give are “to pronounce especially publicly to be blameworthy or evil,” “to announce threateningly,” and “to announce formally the termination of (something, such as a treaty).” While it is rare to modify denounce with privately, such use may occasionally be found.

Those in the North who sympathise with her, and denounce privately in bitter terms the despotic acts of her tyrants, utter no word in public.
— The Morning Post (London, Eng.), 4 Aug. 1863

Our Antedating of the Week: cumshaw

As the news of the college admissions scandal will likely continue to be in the news for some while, we are attempting to make this week’s antedating relevant to that subject. And so we are pleased to say that we have, for your lexical enjoyment, a new earliest date of the word cumshaw. A morally and semantically flexible word, cumshaw may mean “present,” “gratuity,” “bribe,” or “payoff,” and so is well-suited to describing a number of the actions involved in attempting to get one’s child admitted to a school.

Cumshaw (which is, we are delighted/regretful to inform you, pronounced exactly as it looks) came into English in the early 19th century, from the Chinese dialect of Xiamen (from kam siā, meaning “grateful thanks”). In early use the word, which was picked up by the British navy, appears to have been closer to “present” than “bribe,” but as it spread from the British to that of the United States navy, and to non-naval use, the meaning broadened to include more venal applications. Previously our earliest known use came in 1839; recent findings show the word in use as far back as 1816.