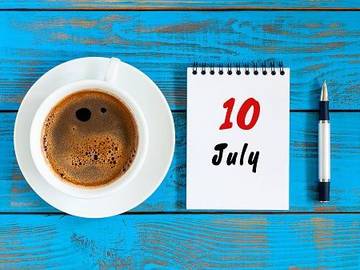 Electors, of the faithless variety, were in the news last week, after the Supreme Court ruled that states could punish their members of the electoral college when these members failed to vote for the candidate who received the most votes in that state.

Advocates for so-called faithless electors argued that the Constitution’s silence on the issue should prevent states from being able to fine or swap out electors who stray from the winner of the statewide popular vote, but the justices ruled that states can use such measures to coerce electors to remain true to their commitments.
— Josh Gerstein and Kyle Cheney, Politico, 7 Jul. 2020

Elector has been in use since the 15th century, with a variety of meanings (“one qualified (or entitled) to vote in an election,” “any of the German princes entitled to take part in choosing the Holy Roman Emperor”). The relevant meaning referenced above is “a member of the electoral college in the U.S.” The electoral college is the constitutionally mandated process for electing the U.S. president and vice president. Each state appoints as many electors as it has senators and representatives in Congress (U.S. senators, representatives, and government officers are ineligible); the District of Columbia has three votes. A winner-take-all rule operates in every state except Maine and Nebraska. Faithless is slightly older than elector (it has been in use since the 14th century), and likewise may be defined a number of ways (such as “not true to allegiance or duty,” “not to be relied on,” and “not believing”).

Ministerial also spiked from a Supreme Court decision, this one dealing with the right of institutions to fire employees for ostensibly religious reasons.

The case involves the “ministerial exception” to civil rights laws. As a general rule, religious institutions have total control over whom they employ as “ministers.” That means that if a church wants to fire its preacher because of that preacher’s race or gender, it may do so, even though such discrimination ordinarily is illegal.
— Ian Millhiser, Vox (vox.com), 8 Jul. 2020

Ministerial has a number of meanings which are not terribly applicable here (“relating to or being an act done after ascertaining the existence of a specified state of facts in obedience to a legal order without exercise of personal judgment or discretion” and “being or having the characteristics of an act or duty prescribed by law as part of the duties of an administrative office”). The word may also simply mean “of, relating to, or characteristic of a minister or the ministry."

Sovereignty was yet another word that had a dramatic increase in lookups as a result of a Supreme Court ruling this week (McGirt vs. Oklahoma).

Under the law, crimes involving Native Americans on a reservation are under federal, not state, jurisdiction. The unique case represented the opportunity for the Supreme Court to weigh in on the limits of tribal sovereignty and revisit the country's horrific history of displacing native tribes from their land.
— Jamie Ehrlish and Ariane de Vogue, CNN (cnn.com), 9 Jul. 2020

Sovereignty has a small range of spellings, and a larger range of meanings. The word is occasionally written as sovranty (and may be pluralized as either sovereignties or, less commonly, sovranties). Among the meanings are “freedom from external control,” “supreme power over a body politic,” “an autonomous state,” and “supreme excellence or an example of it.”

Internecine spiked in lookups recently, after the word was used in coverage of a book written by Mary Trump, President Trump’s niece.

The book, “Too Much and Never Enough: How My Family Created the World’s Most Dangerous Man,” depicts a multigenerational saga of greed, betrayal and internecine tension and seeks to explain how President Trump’s position in one of New York’s wealthiest and most infamous real-estate empires helped him acquire what Ms. Trump has referred to as “twisted behaviors” — attributes like seeing other people in “monetary terms” and practicing “cheating as a way of life.”
— Maggie Haberman and Alan Feuer, The New York Times, 7 Jul. 2020

The most commonly used sense of internecine encountered today (“mutually destructive”) is one that came about as the result of lexicographic error. When the word first began being used in English, in the early 17th century, it simply meant “deadly.” However, Samuel Johnson assumed that the inter- prefix was functioning in the sense of “mutual” or “between,” and so defined the word as "endeavouring mutual destruction.” The English word comes from the Latin internecare, meaning “to destroy, kill.” In addition to “mutually destructive,” internecine may mean “of, relating to, or involving conflict within a group,” and “marked by slaughter.”

Our Antedating of the Week: 'doomsayer'

Our antedating of the week is doomsayer: “one given to forebodings and predictions of impending calamity.” Our earliest known date of use for this word had come in 1954. When one thinks about it, this feels somewhat recent, considering how much doom there was just floating around in the years prior to that … it feels like someone would have been saying something about it. As it turns out, the word was in use somewhat earlier, and may be found as far back as 1911.