1
: rumor
like the hearsays bandied about by the medievalists

You can't judge them solely on the basis of hearsay. They're supposedly getting married soon, but that's just hearsay.
Recent Examples on the Web Yeah, but now they’re actually filled with facts rather than [hearsay].

Brian Davids, The Hollywood Reporter, 18 Oct. 2022 After an exhaustive, six-month investigation by the Inter-American Development Bank’s outside law firm, the report was unable to corroborate rumors and anonymous hearsay.

WSJ, 29 Sep. 2022 Worry Darling; her lack of social media posts about the film and her absence from the cast's press conference at the Venice Film Festival only seemed to confirm the hearsay.

Washington Post, 5 May 2022 Tidal estimates, mere guesses made on the basis of fallible memory and hearsay, proved ruinously inaccurate and left landing boats stuck on the island’s reef.

Catherine Musemeche, Smithsonian Magazine, 7 July 2022 During the trial, the jury got to see some texts sent from the FBI agent to Big Dan — but Big Dan's responding texts were regarded as inadmissible hearsay.

Seth Harp, Harper’s Magazine , 22 June 2022 As to the question of whether Walsh was gay, Doran collected a great deal of hearsay but no proof.

These example sentences are selected automatically from various online news sources to reflect current usage of the word 'hearsay.' Views expressed in the examples do not represent the opinion of Merriam-Webster or its editors. Send us feedback. 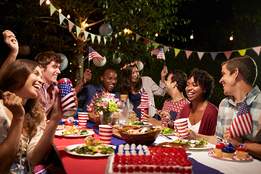 1
: something heard from another : rumor
2
: hearsay evidence

: a statement made out of court and not under oath which is offered as proof that what is stated is true

More from Merriam-Webster on hearsay