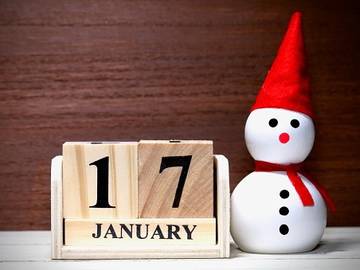 This past week saw increased interest in a number of words connected to political drama, as often is the case. The word often is employed above in a sense not yet defined by our dictionary; here it means “happening every single week, without either fail or mercy.” However! We also saw increased interest in words connected to some much cheerier topics than politics: people complaining about sports and movies. Matriculate, for instance, was on the minds of many of the people watching football last weekend.

Football announcers have been using the word 'matriculate' this weekend.

The use of matriculate being commented on, for those who skipped the football games, is as a transitive verb, with the meaning “to advance” (as in “By golly, they’re really matriculating the ball down the field”). The word is more commonly encountered in intransitive use, meaning "to be enrolled at a college or university.”

So how did it wind up in football? It appears to have come from the former Kansas City Chiefs coach Hank Stram, who was fond of using it in this manner in the early 1970s. The “advance the ball” sense is frequently used in playful manner, often in reference to Stram, and although it is showing signs of increased use, has not yet met our criteria for inclusion as a new sense to be defined.

The list of nominees for the Oscars was released, and as a result lookups for the word snub increased considerably.

Jennifer Lopez and ‘Frozen 2' are among the biggest snubs and surprises
— (headline) Los Angeles Times, 13 Jan. 2020

As a verb snub has a variety of meanings, including “to treat with contempt or neglect,” “to check or stop with a cutting retort,” and “to extinguish by stubbing.” As a noun it is most often found used in the sense seen in the citation above, “an act or an instance of snubbing; a humiliating discourtesy.”

Turning once again to politics, perfect jumped in lookups on January 16th, following President Trump’s tweet regarding his recent impeachment.

This is as good a time as any to remind everyone that perfect is not a word which enjoys a single meaning; there are many possible senses of perfect, including one for which we provide the definition of “contented, satisfied.” Some people believe that perfect (in the sense presumably intended by Trump) is an absolute adjective, a word which permits no variation of degree. This view holds that a thing is either perfect or it is not; it cannot be more perfect. While we applaud this narrow-minded and punctilious approach to adjectives (no, we don’t), evidence suggests that many people do use perfect in a graded manner. One of the most perfect examples of this use comes in the preamble to the United States Constitution: “We the people of the United States, in order to form a more perfect union….”

“I think right now what we should be talking about is what’s going on with Donald Trump,” Klobuchar said. “Donald Trump is taking us pell-mell to another war.”
— Stephen Montemayor, Minneapolis Star Tribune, 15 Jan. 2019

Pell-mell, as an adverb, may be defined as either “in mingled confusion or disorder” or “in confused haste” (the word also functions as a noun and an adjective). The word came into English in the 16th century, taken from the Middle French pelemele (“disorganized”), which is from the Old French pesle mesle. This phrase is thought to probably be a reduplication of mesle, the imperative singular of mesler (“to mix, mingle”).

The ongoing impeachment of President Trump also caused engrossment to rise in lookups.

The day will be filled with pomp and circumstance, including a vote on the House floor, a formal “engrossment” ceremony of the impeachment articles and a procession through the Capitol Rotunda to formally deliver the charges to the Senate.
— Michael Shear, The New York Times,15 Jan. 2019

Engrossment may refer to such things as “the state of being absorbed or occupied” or “the taking up of common or public lands (as by enclosure or purchase) often for speculative purposes,” but these are not the relevant senses when one is speaking of an engrossment ceremony. This sense of engrossment is “the engrossing of a document,” and here engross means “to prepare the text of (a bill, resolution, treaty, or other official document) by whatever process (such as handwriting or printing) may be officially permitted or prescribed; specifically to prepare the text of (a bill) for the third reading in a legislature.”

Our Antedating of the Week: 'pell-mell'

For our antedating of the week we are returning to pell-mell, because everyone loves words that rhyme with themselves. Our previous earliest record of use had been in 1590; recent findings show that we’ve been pell-mell since at least the 1570s.

Being thus ordered, and appoyntment giuen where euery Squadrone should charge and indure, they cast of certayne loose shot, from euery Squadrone, and attacqued the scarmouch: the which continewed not one hower, before they drew their Squadrones so nere unto the Counterscarfe and trenches, that they brake & charged pell mell.
— George Gascoigne, The spoyle of Antwerpe, 1576