1
: in mingled confusion or disorder
papers strewn pell-mell on the desk
2
: in confused haste
ran pell-mell for the door
pell-mell adjective or noun

The word pell-mell was probably formed through a process called reduplication. This process—which involves the repetition of a word or part of a word, with often a slight change in its form—also generated the terms flip-flop, chitchat, and shilly-shally, the last of which comes from a single-word compression of the question “Shall I?” For pell-mell, the process is believed to have occurred long ago: our word traces to a Middle French word of the same meaning, pelemele, which comes from the Old French word pesle mesle, likely a product of reduplication from the Old French word mesle, a form of mesler, meaning “to mix” or “to mingle.” 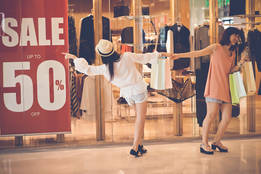 'Mall': It's Not Just for Shopping

The word has its origin in a game

More from Merriam-Webster on pell-mell