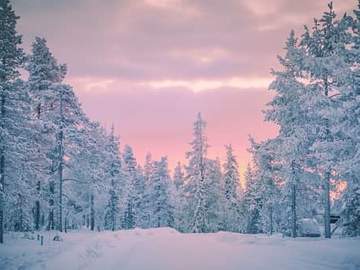 And what a week for words it was.

Many more people than usual looked up the word magnetometer last week. The word appeared in numerous news reports, stating that devices of this name had been installed in the Capitol following last week’s riot.

Why House Republicans going through magnetometers has zero to do with the Constitution
— (headline) CNN, 13 Jan. 2021

We define magnetometer as “an instrument used to detect the presence of a metallic object or to measure the intensity of a magnetic field.” The machines now typically function as metal detectors, but have been with us for about two hundred years, used in a variety of ways.

…when, however, the poles are connected by a copper wire 1-8th of an inch in diameter, and eight inches long, it becomes hot, and is rendered most powerfully magnetic, so that the apparatus is admirably adapted for electro-magnetic experiments, from which it is proposed to call it a magnetometer.
— London Magazine, Jul. 1823

By now it seems likely that all our readers have seen the photograph of the individual from Florida, carrying away the piece of furniture from Nancy Pelosi’s office. He appears to be happy, and waving at the camera, but we have no doubt that beneath the smiling visage is a maelstrom of doubt, as he wonders to himself ‘am I carrying a podium or a lectern?’ Happily for him, the wordies of Twitter have well-defined opinions on this matter.

What kind of lawyer doesn’t know the difference between a podium and a lectern?

While these opinions may be neatly trimmed, the definitions themselves are not. We define lectern as “a stand used to support a book or script in a convenient position for a standing reader or speaker,” and podium as “a dais especially for an orchestral conductor.” This has led many people to assume that a lectern is the thing you put on top of the podium; this is a pretty reasonable thing to assume, and quite accurate. However, while lectern has a very narrow range of meanings (it almost always refers to a reading platform of one sort or another) podium does not. In addition to “dais” podium has meanings that include “a tube foot of an echinoderm,” “a low wall serving as a foundation, substructure, or terrace wall,” and “a lectern.”

A pair of commonly confused words, censor and censure were both much in the news as well, each appearing in a number of political stories.

Six House Republicans on Tuesday introduced a resolution to censure President Trump over his role in stoking last week’s violent riots at the U.S. Capitol and efforts to overturn the results of the 2020 presidential election.
— Tal Axelrod, The Hill, 12 Jan. 2021

While both censor and censure may be traced back to the same word (the Latin cēnsēre, meaning "to give as an opinion, perform the duties of a censor”), they have meanings in English that are distinct. Censor (as a verb) means “to examine in order to suppress or delete anything considered objectionable,” while the relevant sense of censure is “to formally reprimand (someone).”

Also in the news lately is reimburse, after President Trump was alleged to have said this was something he did not wish to do to Rudy Giuliani, his lawyer.

Trump has instructed aides not to pay Giuliani’s legal fees, two officials said, and has demanded that he personally approve any reimbursements for the expenses Giuliani incurred while traveling on the president’s behalf to challenge election results in key states.
— New York Magazine, 14 Jan. 2021

Reimburse means “to pay back to someone” or “to pay back to someone.” The word comes most recently from adding the prefix re- to the obsolete English word imburse, which has the delightful meaning of “to put in the pocket, to pay.” Imburse comes itself may be traced to the Medieval Latin word bursa, meaning “purse.”

Our Antedating of the Week: ’flummox’

Our antedating of the week is flummox, because it is a word that is on occasion relevant to us all, and, more importantly, is fun to say out loud. For a long time it was thought to have originated in Charles Dickens' 1837 novel The Pickwick Papers, but recent findings show that we had been flummoxed for at least a decade prior to this.

She however struggled on for some time, until Christmas Day, when Mr. Wren who became most voracious, and even delicate in his taste, having come to his dinner a little flummuxed (to use the ladies classical illustration) he sat down to table with an evident determination to find fault, and displayed it in a most unequivocal manner by basting Mrs. M’Donough with a roast goose, and sousing her with the gravy.
— The Charleston Daily Courier, Charleston, SC), 21 Mar. 1827