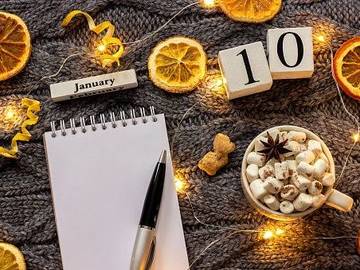 Much of the interest in words this past week was driven by President Trump’s decision to order the killing of Iranian Gen. Qassem Soleimani. Among the words which spiked in response to this was assassination, and there was a good deal of debate as to whether or not this word was an appropriate descriptor of the event.

A debate over how to describe the killing of Iranian Gen. Qassem Soleimani reached the 2020 Democratic primary over the weekend as candidates argued whether or not the drone strike that killed him constituted an “assassination.”
— Dylan Stableford and Christopher Wilson, Yahoo News, 6 Jan. 2019

We define the relevant sense of assassination as “murder by sudden or secret attack often for political reasons; the act or an instance of assassinating someone (such as a prominent political leader).” While there have been claims that Shakespeare coined this word, it was in use for some decades before he first used it (in Macbeth).

…but where all treason, conspiracy, insurrection, assassination, empoisoment and utter destruction to the state is meant…
— Sir Thomas Smith, "Letter to Dr. Wilson," 11 April 1572

The precise meaning of mourn was subject to some degree of scrutiny, after Nikki Haley made the claim that Democrats were “effectively mourning” the death of the Iranian general.

Mourn has a small variety of meanings, both transitive and intransitive, including “to feel or express grief or sorrow,” “to show the customary signs of grief for a death,” and “to utter mournfully.” A number of people disagreed with Haley’s use of mourn, holding that the word lacked sufficient semantic breadth and ambiguity to fit in this context.

A considerable range of parties have been using the verb de-escalate (“to decrease in extent, volume, or scope”) of late. While we, as a dictionary, have no official position on the implementation of this verb, we can tell you more than you ever wanted to know about the history of the word itself.

De-escalate is a recent addition to the stable of English words which describe things many people would like very much to see happen, appearing in the middle of the 20th century. It comes, rather obviously, from escalate (“to increase in extent, volume, number, amount, intensity, or scope”), which is also a word born in the middle of the 20th century. De-escalate entered widespread use in the early 1960s, describing things such as the lessening of potential hostilities.

Why not stop at this point and begin the necessary process of de-escalating the arms race?
— Sydney Lens, Revolution and cold war, 1962

Before it was part of the Cold War and the Vietnam conflict, de-escalate had a limited range of use in the 1950s, typically in financial jargon.

However, there is a prescribed stopping point for de-escalated wages.
— Knoxville News-Sentinel (Knoxville, TN), 21 Nov. 1952

The reason these words are so new is that escalate is a back-formation, taken from the longer escalator, which only came about at the beginning of the 20th century (and in initial use was a trademark applied to the mechanical stairs which ascend or descend continuously).

Rounding out the feel-good words of the week was imminent, following spirited discussion about whether or not the killing of Soleimani had been prompted by Iran posing an imminent threat to the United States.

Imminent came into English in the early 16th century, from the Latin imminēre (“to project, threaten”), and is defined as “ready to take place; happening soon.” It is occasionally found confused with eminent (“exhibiting eminence especially in standing above others in some quality or position“), which makes people who care about usage wax wroth.

Our Antedating of the Week: 'peachy keen'

Our antedating of the week is peachy keen. Variety is the spice of lexicography as much as it is of life, and there are few words more dissimilar to the week's trends than this one, which may be defined as “unusually fine; dandy.” Our earliest record of use had previously come in 1948; recent findings show it in use a decade earlier.

There’s an entirely new language in the classroom, but I won’t bother you with more except to say that with the kids everything is “peachy-keen” and “nifty-swell.”
— Sidney Skolsky, Pittsburgh Sun-Telegraph (Pittsburgh, PA), 4 Sept. 1938