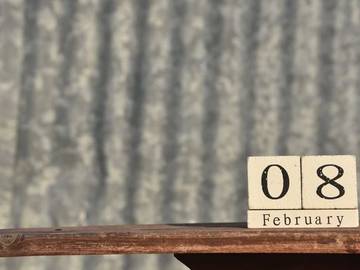 A few of the words that trended during Super Bowl LIII: first down, punt, Telluride, abide

Controversy surrounding Jill Abramson’s new book, Merchants of Truth, brought renewed attention to words such as plagiarism, plagiarize, and plagiarist, as the former editor of The New York Times responded to claims that she failed to properly attribute material used in the book.

Former New York Times executive editor Jill Abramson responded Thursday to allegations that she plagiarized portions of her new book, “Merchants of Truth: The Business of News and the Fight for Facts,” telling The Washington Post, “I was up all night going through my book because I take these claims of plagiarism so seriously.”
— Michael Brice-Saddler, Kayla Epstein, and Margaret Sullivan, The Washington Post, 7 Feb. 2017

When used in a transitive sense plagiarize is defined as “to steal and pass off (the ideas or words of another) as one's own; use (another's production) without crediting the source.” The intransitive sense is “to commit literary theft; to present as new and original an idea or product derived from an existing source.” One who commits plagiarism may be referred to as either a plagiarist or a plagiarizer. The adjectival form of the word, should you have need of such a thing, is plagiaristic.

Blackface was very much in the news last week, as two story independent story lines (independent except that both dealt with some bad decisions and racist imagery) focused attention on the word. Gucci issued an apology for planning, making and selling a sweater which appeared to function as a form of sartorial blackface, and a large portion of the political structure of Virginia was found to have some connection to the word as well.

Another Virginia politician — state Sen. Tommy Norment, the Republican majority leader — was swept up in the growing blackface scandal Thursday after it was revealed that he was one of the editors of a 1968 Virginia Military Institute yearbook that featured racist language and students in blackface.
— Allan Smith, Geoff Bennett, and Alexandra Bacallao, NBC News (nbc.com), 7 Feb. 2019

But the month’s latest blackface controversy doesn’t involve a Virginia leader or college students. This time, the offender is a sweater made by the Italian luxury brand Gucci.
— Allyson Chiu, _The Washington Post-, _7 Feb. 2019

We define blackface as “black makeup worn (as by a performer in a minstrel show) in a caricature of the appearance of a black person,” and also as “a performer wearing such makeup.” This definition is accompanied by a usage note: “The wearing of blackface by white performers was, from the early 19th through the mid-20th centuries, a prominent feature of minstrel shows and similar forms of entertainment featuring exaggerated and inaccurate caricatures of black people. Its modern occurrence in imitation of such performers is considered deeply offensive.”

Although the practice of blackface extends back to the early 19th century, our earliest citations for the term itself occur in the 1840s.

The Ethiopian mania still rages in the metropolis. Not a concert-room or a theatre has been opened without some gentleman, with a wooly wig, black face, and a banjo, or some other instrument, being introduced during the entertainment.
— Spirit of the Times (New York, NY), 12 Jun. 1847

The Super Bowl was held last Sunday, and, a large number of words spiked in lookups during the game. Many of these, such as first down and punt are part of the terminology of the game. However, a number of the words which spiked in lookups did so as a result of appearing in television commercials, rather than as part of the actual game. Kia Motors Corporation caused many people to look up the word Telluride, with a commercial for a vehicle of this name. It is believed that Kia chose to name their car after the “town in the San Juan Mountains, southwestern Colorado” portion of the definition, rather than the other sense of telluride, which is “a binary compound of tellurium with a more electropositive element or group.” A commercial from Stella Artois (advertising both the beer and its brewer’s partnership with water.org) caused the word abide to spike in lookups. The commercial featured two actors reprising what are viewed as iconic roles; Sarah Jessica Parker as Carrie Bradshaw (from Sex and the City) and Jeff Bridges as The Dude (from The Big Lebowski). The Dude is oft associated with this word (which may be used in varied senses, including “tolerate,” “withstand,” “await,” and “to accept without objection”), and the commercial ends with Bridges intoning “Dude abides.”

New Deal was back in the news, as a pair of Democratic representatives unveiled plans for a modern-day version of the early 20th century program.

Rep. Alexandria Ocasio-Cortez, D-N.Y., and Sen. Ed Markey, D-Mass., think they have a start to a solution. Thursday they are introducing a framework defining what they call a "Green New Deal" — what they foresee as a massive policy package that would remake the U.S. economy and, they hope, eliminate all U.S. carbon emissions.
— Danielle Kurtzleben, NPR (npr.org), 7 Feb. 2019

The term, which typically capitalizes both words, dates back to 1932, and is defined as “the legislative and administrative program of President F. D. Roosevelt designed to promote economic recovery and social reform during the 1930s.”

Our Antedating of the Week: abolition

For our antedating of the week we turn to abolition, which spiked in lookups on the morning of February 7th, after President Trump appeared to confuse it with promulgation.

Speaking Thursday morning at the National Prayer Breakfast in Washington, D.C., President Trump praised “people of faith” for pushing America toward progress by, among other things, abolishing civil rights.
“Since the founding of our nation, many of our greatest strides, from gaining our independence to abolition of civil rights, to extending the vote for women, have been led by people of faith and started in prayer,” Trump said.
— Adam K. Raymond, New York Magazine, 7 Feb. 2019

On occasion, when discovering that there is earlier lexical evidence for a word we are forced to re-assess how that word is defined. This is not one of those cases. While we now have evidence of the word being used in 1528, rather than 1529, the meaning (“the act of officially ending or stopping something; the act of abolishing something”) is the same.

We thenke also that, howe soe ever the egalite or the inegalite of the said attemptates be, that a generall abolition of the same were not nor shulde be good to be had; for by that meanes a commyn murmour of the poore people shulde insurge, and woolde counforte all offenders to persiste in thaire evill and ungracious demeanours.
— Thomas Magnus, letter written to Thomas Wolsey, 14 Nov. 1528