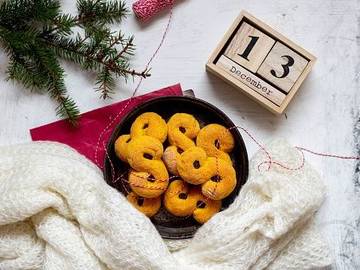 'Tis the season for lookups (and the flu).

An act of terror in Jersey City, which took place largely inside a small supermarket, caused a spike in lookups for bodega.

The store, which some residents endearingly referred to as no more than a bodega, was where the Jews who lived in the neighborhood would go if they forgot to pack a lunch or needed some groceries before Shabbat. It was the only kosher grocery in Greenville, a historically black neighborhood where around 80 families who were members of the Satmar Hasidic sect, priced out of rapidly gentrifying Brooklyn, had moved here in the past few years. If you were religious, JC Kosher was where you went, sometimes more than once a day.
— Ben Kesslen, NBC News (nbcnews.com), 11 Dec. 2019

Bodega comes to English from Spanish, but may be traced back to the Latin apotheca, meaning “storehouse,” an origin it shares with apothecary and boutique. When it first entered English, in the middle of the 17th century, bodega referred to a storehouse for wine. The most common sense today is “a usually small grocery store in an urban area”; such stores frequently, although not exclusively, specialize in Hispanic groceries.

A claim that President Trump was planning to pass an executive order making the status of American Jews a nationality sent many to the dictionary to find out more about the precise meaning of that word.

The main source of the administration’s irritation was how the story was originally presented in news reports as an executive order that would define American Jews as a “nationality.” This led to angry reactions from Jewish lawmakers, commentators and activists, with some even comparing it to how authoritarian regimes had treated their Jewish citizens.
— Amir Tibon, Haaretz (haaretz.com), 12 Dec. 2019

Nationality has a number of related meanings, including serving as a synonym for the earliest meaning of nationalism (“loyalty and devotion to a nation”), “an ethnic group constituting one element of a larger unit (such as a nation),” and “membership in a particular nation.” The original sense in English, which dates to the middle of the 17th century, is “national character.”

And indeed, considering that the  Nationality of a Church lies properly in this, that the body of a Nation, living under one Civil Government, and professing the Gospel, should have one way of Doctrine and Worship, established in all the Congregations of it, and one way of Government by greater and lesser Assemblies.
— Ezekiel Charke, A pretended voice from heaven, proved to bee the voice of man, and not of God, 1658

It should come as little surprise that the ongoing impeachment hearings continued to drive considerable interest in a number of words this past week. Representative Andy Bigg sent numerous users scurrying to look up antithetical when he used it during the hearings.

One of our colleagues on the other side of the aisle said that the President should come in and prove his own innocence.

That is antithetical to our American judicial process, to the Constitution, to the Bill of Rights, and to what we do here in Congress. pic.twitter.com/UhhjhufyGz

Our own gimlet-eyed editor, Peter Sokolowski, noticed that the Democratic representatives who drew up the articles of impeachment chose to change the wording of the Constitution slightly, so as to not split an infinitive in their text.

Today's articles of impeachment "correct" the split infinitive in the original wording of the presidential oath of office as written in the Constitution.

Objection to the split infinitive has never had a rational basis. pic.twitter.com/YpqSKV2XdZ

This is your daily reminder that not only is there nothing inherently wrong with splitting infinitives, but some of them deserve such treatment. Our earliest record of anyone complaining about the splitting of infinitives comes from John Comly’s English Grammar, Made Easy to the Teacher and Pupil, published in 1803 (“An adverb should not be placed between a verb of the infinitive mood and the preposition to which governs it”). It was fine to split infinitives in 1803 and it is fine to do it today; even some congressional representatives do it.

Some concerned citizens appeared to find fault with a headline briefly found on a CNN story which used gantlet rather than gauntlet.

There is considerable range of opinion regarding where and when to use gantlet and gauntlet, but most current usage guides prefer gantlet as something that is run. Gantlet and gauntlet are synonymous in a number of senses, and the one referenced here (used with run) is “a severe trial, an ordeal.” Both of these variants originally were used to describe a form of punishment, defined as “a double file of men facing each other and armed with clubs or other weapons with which to strike at an individual who is made to run between them.” This original sense of gantlet and gauntlet comes from the earlier word gantelope (a word we are not making up). People have been running the gantelope/gantlet/gauntlet since the middle of the 17th century.

Shall such men as Capt. Bray be made close prisoners, and such as Mr. Sawyer snatcht up and carryed away, beaten and buffected at the pleasure of some Officers of the Army; and such as Mr. Blanck kept close Prisoner, and after most barbarous usage be forced to run the Gantlop, and be most slave-like and cruelly whipt; and must we keep at home in our houses, as if we, our lives and liberties and all, were not concerned.
— Anon., To the supream authority of England the Commons assembled in Parliament, 1649

But at North gate street, some women seeing him ride that day with his Cloak bag behinde him, railed at him, saying, Oh Rogue, will not you give Christ his day? he was compelled to escape the dirt thrown at him, to runne the Gantlet, or thorow Purgatory, as they call it.
—Richard Culmer, A parish looking-glasse for persecutors of ministers, 1657

And about that time I was then brought to the place commonly called Pelmel, or neer thereunto, and there was forced to run the Gauntlet for no other cause that I know of but for denying to swear against them, Mr John Lilburn, and Mr Walwin…
—John Lilburne, A preparative to an hue and cry after Sir Arthur Haslerig, 1649

In case you were not yet confused enough, gauntlet has another, etymologically distinct, use (“a glove worn with medieval armor to protect the hand”), which is often found in the phrase throw down the gauntlet (“to issue a challenge”). Gantlet is a variant spelling of this second gauntlet, and there is considerable written evidence of someone or other throwing down the gantlet; some usage guides disapprove of this use, and recommend restricting gantlet to a thing one runs and gauntlet to a thing one throws. None of these variants should be confused with gamut, which likewise is often found in the company of run; to run the gamut means “to range all the way.”

Our Antedating of the Week: 'boychick'

For our antedating of the week we have boychick. The word, which comes from the American Yiddish boytshik, means “a young man.” Our earliest known use had previously come in 1921, but recent findings show it appeared in newspaper cartoons as far back as 1914.

Brother in law, you got a smart boychick in little Sidney—he knowed me by my name right away.
—Evansville Journal (Evansville, IN). 25 Sept. 1914