1 : a glove worn with medieval armor to protect the hand
2 : any of various protective gloves used especially in industry
3 : an open challenge (as to combat) —used in phrases like throw down the gauntlet
4 : a dress glove extending above the wrist

Definition of gauntlet (Entry 2 of 2)

1a : a double file of men facing each other and armed with clubs or other weapons with which to strike at an individual who is made to run between them —used with run
b : a line, series, or assemblage especially : one that poses some sort of ordeal a gauntlet of autograph-seekers
2 : a severe trial : ordeal ran the gauntlet of criticism and censure
Other Words from gauntlet Synonyms Did you know? Learn More About gauntlet

Other Words from gauntlet

Gauntlet comes from Middle French gantelet, the diminutive of gant, meaning "glove." (The gauntlet that means "severe trial," "ordeal," or "double file of armed men" is a different word that originates from Swedish gata, meaning "lane" or "way.") To throw down the gauntlet is to issue an open challenge, while to pick up the gauntlet is to accept an open challenge. These figurative phrases come from the conventions of medieval combat. The gauntlet was the glove of a suit of armor. To challenge someone to combat, a knight would throw his glove at another knight's feet. The second knight would take it up if he intended to accept the challenge, in which case a jousting match might ensue.

First Known Use of gauntlet

History and Etymology for gauntlet

altered from gantelope, apparently by assimilation to gauntlet entry 1

The first known use of gauntlet was in the 15th century

Listen to Our Podcast About gauntlet 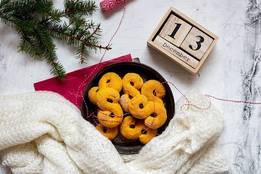 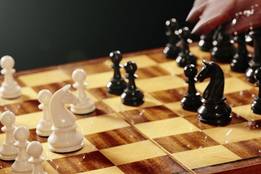 throw down the gauntlet

1 : a glove made of small metal plates and worn with a suit of armor
2 : a glove with a wide cuff that protects the wrist and part of the arm

More from Merriam-Webster on gauntlet