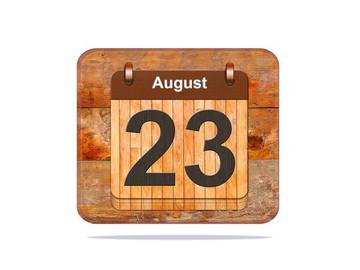 We hope you have a nice late summer weekend.

Scion was found in a number of headlines late last week, mainly in obituaries for actor Peter Fonda.

The earliest sense of the word, beginning in the 14th century, was “a detached living portion of a plant (such as a bud or shoot) joined to a stock in grafting and usually supplying solely aerial parts to a graft.” Shortly after the word took on figurative meanings, referring to one's descendants, with particular reference to those who are descendants of notable families. The descriptions of Fonda, who was related to a number of other notable actors, utilized the familial, rather than the botanical, sense of scion.

President Trump caused numerous words to spike in lookups in recent days, due to comments he made regarding the voting choices of Jewish Americans (disloyal) and his own role in trade negotiations with China (chosen), and his decision to delay a trip to Denmark (postpone).

And on Tuesday, President Trump made a statement that set the country aflame: “I think any Jewish people that vote for a Democrat — I think it shows either a total lack of knowledge or great disloyalty.” The following day, he clarified what exactly he meant: “If you vote for a Democrat, you’re being disloyal to Jewish people and you’re being very disloyal to Israel.”
— Tayla Zax, The Forward (forward.com), 21 Aug. 2019

In the midst of answering a question about the ongoing trade war with China on Wednesday, President Donald Trump turned from reporters, looked to heavens and proclaimed, "I am the chosen one.”
— Chris Cillizza, CNN (cnn.com), 21 Aug. 2019

We do not have a specific entry for chosen one, but do define the noun sense of chosen as “one who is the object of choice or of divine favor; an elect person.” When employed as an adjective chosen may carry such meanings as “selected or marked for favor or to receive special privilege” or “selected by God.”

Postpone, as it applies to Trump’s decision to not visit Denmark, has a fairly straightforward meaning, “to put off to a later time.” For those who wish to be less productive at work today, and to wallow in the glorious polysemy of English, we can point out that postpone may also mean “to place later (as in a sentence) than the normal position in English,” and “to place later in order of precedence, preference, or importance.” English being as profligate as it is, all of these senses have antonyms, enjoying varying degrees of currency in modern use; two of these are from the word prepone.

An obsolete sense of prepone, dating in use to the early 16th century, has the opposing meaning of postpone when used to mean “to place later in order of precedence, preference, or importance.” Due to the word’s relative scarcity in modern times we do not enter it; the Oxford English Dictionary defines it as “to place in front of; to set before.”

Do not prepone or set forthe your selfe byfore any other. Do not repute, thynk not ne reken your selfe supiriour, & above any person.
— Richard Whitford, Here followeth dyvers holy instrucyons and teachynges very necessarye for the helth of mannes soule, 1541

Prepone also has a temporal meaning ("to move to an earlier time”), one which began in the 20th century, and is found almost exclusively in Indian English.

Our Antedating of the Week: 'hubris'

For our antedating of the week we are looking at hubris, “exaggerated pride or self-confidence.” The word comes to English from the Greek hybris (“wantonness, arrogance, insolence”), and was thought to be in use since the late 19th century. Recent findings, however, show that we have been hubristic since the first half of the 18th, when the word appeared in a collection of ecclesiastical writing, edited by John Lindsay. In earlier editions of this writing the word was written in the original Greek (ὕβρις), but by 1736 hubris was used.

For it was indeed hubris, an infamy to them, to be such unskilful mariners, as to put to sea, when the season of the year rendered their voyage so dangerous and having been forced, for their own safety, to “lighten the ship,” and to cast out some of her lading, and tackling, to preserve themselves, they might as well be said, cerdainein ten zemian tauten; jacturam hanc lucri in loco ponere, or to count this loss their gain.
— The new Testament of our Lord and Saviour Jesus Christ, 1736