1a : descendant, child especially : a descendant of a wealthy, aristocratic, or influential family
b : heir sense 1 scion of a railroad empire
2 : a detached living portion of a plant (such as a bud or shoot) joined to a stock in grafting and usually supplying solely aerial parts to a graft
Frequently Asked Questions About scion Example Sentences Learn More About scion

What is the difference between a scion and an heir?

There is a considerable overlap between the meanings of scion and heir, as both words may be defined as "one who receives property from an ancestor" or "one who is entitled to inherit property." However, they also have subtle differences between them. While both may refer to a descendant, heir is the more appropriate choice for a child or relative who inherits something. And while one may be the heir to a family of modest or significant means, scion is often found in the sense "a descendant of a wealthy, aristocratic, or influential family."

What is the difference between a scion and a stock in horticulture?

In horticultural use scion is defined as "a detached living portion of a plant (such as a bud or shoot) joined to a stock in grafting." Stock, on the other hand, refers to such things as "the main stem of a plant," "a plant from which cuttings are taken," and "a plant or plant part united with a scion in grafting."

How do you pronounce scion?

The IPA (International Phonetic Alphabet) pronunciation we give for scion is ˈsajən. For those who don’t read IPA easily another way to think of it is that scion is pronounced as if sigh & un formed a single word, with the emphasis placed on the sigh.

Examples of scion in a Sentence

He's a scion of a powerful family.
Recent Examples on the Web However, that 2016 deal also required Crestlloyd to obtain approval from Remillard, the scion of a rich Quebec family, for specific loans that would become senior to Inferno’s debt, according to the lawsuit. — Laurence Darmientostaff Writer, Los Angeles Times, 1 July 2022 Where Béhanzin was of the Fon ethnic group, the Faladés were Nago, and some of them resented the boy Sokamey gave birth to, a scion of the kings who had enslaved so many Nagos and sold them to European and American traders. — David Wright Faladé, The New Yorker, 4 July 2022 Champ Medici, scion of Cozomo de Medici (aka Snoop Dogg) played a set at the Marquee nightclub. — Eric Fuller, Forbes, 30 June 2022 Parker Lipman, a scion of the Zaxby’s fast-food chain in his early 20s, has a group of eight close friends who live in and around Buckhead and join him every summer at his family lake house in Lake Burton 100 miles northeast of Atlanta. — Rodney Ho, ajc, 21 June 2022 Patrick Daley Thompson, former 11th Ward alderman and scion of the Daley political dynasty, was sentenced to four months in prison for tax evasion and lying to banking regulators. — Chicago Tribune Staff, Chicago Tribune, 7 July 2022 Michel David-Weill, an investment banker and scion of the Lazard banking dynasty who helped shape Lazard into a powerful global banking institution before he was bought out in 2005, died on June 16 at his home in Manhattan. — New York Times, 25 June 2022 Season 1 of the thriller is set in a world where the Caped Crusader’s alter-ego is a Black man, rather than the rich white scion of one of Gotham’s elite families, and on in which Bruce Wayne’s parents aren’t murdered. — Todd Spangler, Variety, 22 June 2022 It was believed to be the largest Palestinian funeral in Jerusalem since Faisal Husseini, a Palestinian leader and scion of a prominent family, died in 2001. — Josef Federman, ajc, 13 May 2022 See More

These example sentences are selected automatically from various online news sources to reflect current usage of the word 'scion.' Views expressed in the examples do not represent the opinion of Merriam-Webster or its editors. Send us feedback.

First Known Use of scion

History and Etymology for scion

Note: The Anglo-French forms are taken from the Oxford English Dictionary, third edition, though their source is unspecified; the Anglo-Norman Dictionary lacks an entry for this word. The suffix should perhaps be taken as filling out a word that otherwise has little phonetic substance. — Another generally cited nominal derivative of the Germanic verb is represented by Old English cine, cinu (weak feminine noun) "chink, fissure" (compare chink entry 1), Middle Dutch kēne "cleft, crack." Armenian cil "stem, bud, top of a crop plant" has also been adduced, though Martirosyan (Etymological Dictionary of the Armenian Inherited Lexicon, Brill, 2009) believes that "I[ndo-]E[uropean] proposals are not convincing."

The first known use of scion was in the 14th century

Listen to Our Podcast About scion 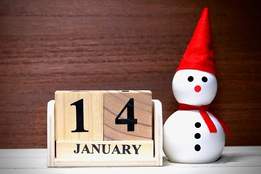 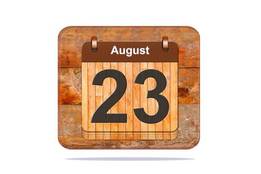 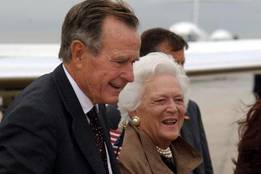 More from Merriam-Webster on scion

Thesaurus: All synonyms and antonyms for scion