Some of the words that defined the week ending August 14, 2020 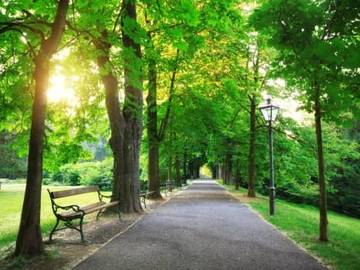 “Everyone is busy trying to create a Potemkin village for him every day,” said a senior administration official involved in the pandemic response. “You’re not supposed to see this behavior in liberal democracies that are founded on principles of rule of law. Everyone bends over backwards to create this Potemkin village for him and for his inner circle.”
— Philip Rucker, Yasmeen Abutaleb, Josh Dawsey, & Robert Costa, The Washington Post, 9 Aug. 2020

We define Potemkin village as “an impressive facade or show designed to hide an undesirable fact or condition.” The word is from Grigori Potëmkin, who was reported to have built impressive fake villages along a route Catherine the Great, Empress of Russia, was to travel. Although these villages would have been built in the late 18th century we do not see lexical evidence of Potemkin village in the figurative sense defined above until the beginning of the 20th century.

This was written six years ago as to M. Ranbaud, and say ten years ago as to Prince Oukhtomaki. With both men it was a false show—a “Potemkin village.”
— The Hartford Courant, 6 Jul. 1905

Derecho was also one of our most-searched words, after a fierce storm of this variety blew through the midwest.

A derecho is “a large fast-moving complex of thunderstorms with powerful straight-line winds that cause widespread destruction.”

Joe Biden’s announcement that he had asked senator Kamala Harris to join his campaign as candidate for vice-president caused a large number of journalists to reach into their quiver of words and pull out pragmatic. The adjective was used to describe both Harris and Biden’s choice of her.

A pragmatic moderate who spent most of her career as a prosecutor, Ms. Harris was seen throughout the vice-presidential search as among the safest choices available to Mr. Biden.
— Alexander Burns, Katie Glueck, The New York Times, 11 Aug. 2020

Pragmatic has a number of possible meanings; the one relevant here is “relating to matters of fact or practical affairs often to the exclusion of intellectual or artistic matters; practical as opposed to idealistic.” The earliest meanings of the word, now considered archaic, include “busy,” “meddlesome,” and “opinionated.” Pragmatic comes from the Latin pragmaticus, meaning  “skilled in law or business.”

En banc, a legal term meaning “with all judges or a quorum of judges present; in full court,” was much in the news recently, as the DC Circuit Court of Appeals heard arguments about the Department of Justice’s decision to drop its case against Michael Flynn.

On Tuesday, the DC Circuit Court of Appeals held its en banc hearing to reconsider whether Judge Emmet Sullivan should be forced to dismiss the charges against former national security adviser Michael Flynn, who already pleaded guilty and was awaiting sentencing.
— KCRW, (kcrw.com), 12 Aug. 2020

En banc comes from the Anglo-French en banke (literally, “on the bench”). It may also be found in variant spellings, including in banc and in bank.

Sabotage was also much in the news, as accusations were leveled at President Trump that this is what he was committing by failing to provide adequate funding for the Postal Service .

"The President of the United States is sabotaging a basic service that hundreds of millions of people rely upon, cutting a critical lifeline for rural economies and for delivery of medicines, because he wants to deprive Americans of their fundamental right to vote safely during the most catastrophic public health crisis in over 100 years," campaign spokesman Andrew Bates said in a statement.
— Brett Samuels, The Hill, 13 Aug. 2020

As a noun sabotage has a number of possible meanings, including “destruction of an employer's property (such as tools or materials) or the hindering of manufacturing by discontented workers,” “destructive or obstructive action carried on by a civilian or enemy agent to hinder a nation's war effort,” and “deliberate subversion.” The word comes from the French saboter, meaning  “to clatter with sabots, botch, sabotage.” Both the noun and the verb are fairly recent additions to English, coming into use in the beginning of the 20th century.

Whether this pessimistic view is justified or not, the usefulness of finding new means, if possible, of strengthening the position of labor will not be contested; and many permanent or passing means of action have been suggested, and even tried, during late years: such as the general strike, the military strike, the international miners’ strike, the march of unemployed or strikers toward the capital (in America and recently in France), the Sabotage (slow and spoiled work, “go canny” advocated in France), etc.
— Freedom (London, Eng.), Jan.-Feb. 1900

…after the millwrights had loosened the bolts and nuts of all the machinery entrusted to them, in short, after the works had direct actioned and sabotaged and paralyzed all industrial activity, after all the plutes from John D. Rockefeller down had committed suicide in despair, leaving Anarchy in undisputed control of the country, what then?
— Daily People (New York, NY), 12 May 1912

Our Antedating of the Week: 'anti-Nazi'

Our antedating of the week is anti-Nazi, defined as an adjective as “opposed to Nazis,” and as a noun as “one who is opposed to Nazis.” The adjective appears to have come first; our earliest evidence of use had previously been from 1933, but recent findings show that the word was in use at least two years earlier.

At the same time he says he will provide for their legal defence at the trial, as he is convinced that they acted in a moment of madness induced by Communist anti-Nazi propaganda.
— The Guardian (London, Eng.), 17 Mar. 1931

”The Hitlerites are better paid and have more arms, but the Reichswehr—the federal defense army—and the police are dependably anti-nazi,” a Government spokesman said.
— The News Journal (Wilmington, DE), 15 Jul. 1931