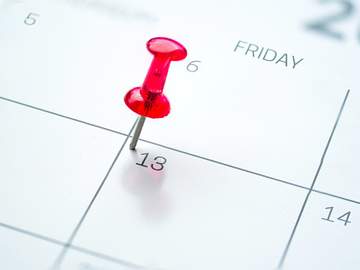 Hope you're not too spooked by the date.

Perseid was back in the public eye, as it is every year in the middle of August, as the meteor shower of this name began making its yearly appearance.

The Perseids light up the night sky when Earth runs into pieces of cosmic debris left behind by Comet Swift-Tuttle. The dirty snowball is 17 miles wide and takes about 133 years to orbit the sun. Its last go-round was in 1992.
— Nicholas St. Fleur, The New York Times, 11 Aug. 2021

We define Perseid as “any of a group of meteors that appear annually about August 11.” The word comes from the Latin Perseus, as the meteors appear to radiate from a point in Perseus (a northern constellation between Taurus and Cassiopeia).

Irreversible also spiked in lookups last week, following the release of a report on climate change which warned that some of the recent anthropogenic climate problems merited this descriptor.

Our basic definition of irreversible is rather brief: “not reversible.” However, our Unabridged Dictionary makes note of possible nuances within this, differentiating between senses such as “impossible to recall, repeal, or annul,” “impossible to turn about, back, or upside down,” “impossible to make run or take place backward,” and “of such severity that recovery is impossible” (the last sense is used particularly of a pathological process).

Immunocompromised came up in many news stories last week, after it was announced that the FDA would approve giving a third shot of vaccines to people whose immune systems were compromised.

Fauci Says COVID-19 Booster Shots Are Needed For Those Who Are Immunocompromised
— (headline) NPR, 12 Aug. 2021

We define immunocompromised as “having the immune system impaired or weakened (as by drugs or illness).” Immune system has a slightly longer definition: “the bodily system that protects the body from foreign substances, cells, and tissues by producing the immune response and that includes especially the thymus, spleen, lymph nodes, special deposits of lymphoid tissue (as in the gastrointestinal tract and bone marrow), macrophages, lymphocytes including the B cells and T cells, and antibodies.”

Fiction and novel each were bandied about quite a bit last week, after Representative Madison Cawthorn issued an Orwellian tweet in which he appeared to use the former word as a modifier of the latter.

1984 is a great fiction novel to read but it seems like it is becoming the reality we are currently living under more and more each day.

Some pointed out that novels are inherently fictional (we define the word as “an invented prose narrative that is usually long and complex and deals especially with human experience through a usually connected sequence of events”) and so the phrase “fiction novel” is possibly repetitious. We are not the tautological police, and don’t much care if someone is repetitious or not. However, we are the sort of people to point out that the word novel has had many different meanings over the centuries (such as “a piece of news,” “a novelty,” and “a Roman imperial enactment issued supplementary to a code, especially one of a collection of statutes of Justinian and his immediate successors promulgated subsequent to the Justinian Code”).

It is once again Friday the 13th, and once again searches for a particular phobia are in the air.

An assertion made by a member of Congress that thousands of birds would spontaneously combust, and that these avian fireballs were referred to as flamers provoked considerable attention being paid to that word.

This is actually a problem, but, let me correct Gohmert's misinformation. It's about 15 birds per day average (millions die flying into buildings). They're not called flamers, plant employees call them "streamers". And it's most certainly not going to bring the nation down. https://t.co/IGYRhFZF75

We provide a succinct definition for flamer (“one that flames”), and point out that the word may be used rather broadly, as the verb form of flame has many possible meanings. Thus, a flamer could be “one that burns with a flame,” “one that breaks out passionately,” “one that shines brightly,” or “one that sends an angry, hostile, or abusive electronic message.”

Our antedating of the week is smarty-pants, defined as “one that tries in a callow fashion to be witty or clever, a smart aleck.” Our earliest record of written use had previously come from 1933, but recent findings show that we have been dealing with smarty-pants (the plural form is the same as the singular) since the 1920s.