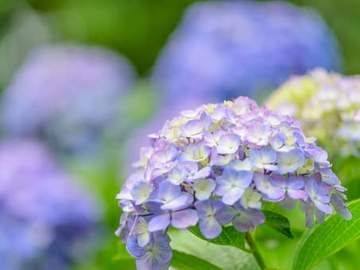 The countdown to the weekend begins

Eclipse was a word on the move late this week, as a solar eclipse was observable by millions of dazzled spectators across the globe.

Good morning to everyone, but especially the Sun and Moon forming today's #SolarEclipse. The full annular, or "ring of fire" eclipse was only visible in the far north, but @nasahqphoto captured images of the partial eclipse. https://t.co/qbR8koKjEJ pic.twitter.com/hqSAQ54wD5

Eclipse may be traced to the Greek word ekleípein, meaning "to leave out, abandon, cease, die, be obscured (of a celestial body).” The word has a small variety of meanings, both as a noun and a verb; the most relevant meaning of the former is “the total or partial obscuring of one celestial body by another.” Eclipse may also carry such meanings as “a falling into obscurity or decline,” “to reduce in importance or repute,” and “to surpass.”

Annular, which describes the type of eclipse that occurred, also showed an increase in lookups; the word is defined as “of, relating to, or forming a ring.”

Allegations that vaccinations were causing pieces of metal to affix to the vaccinated, made in person to lawmakers and spread virally online, caused the word magnetize to increase greatly in lookups.

Magnetize may be used in both literal (“to induce magnetic properties in”) and figurative (“to attract like a magnet, to charm”) manner. Magnet has a similar range of meanings, including such as ‘a body having the property of attracting iron and producing a magnetic field external to itself” and “something that attracts” (as in ‘a magnet for trouble’). The word magnet comes from the Greek magnēs, which has the literal meaning of “stone of Magnesia,” referring to an ancient city in Asia Minor.

Hornswoggle, a fine 19th century Americanism, spiked in lookups last week, for reasons that are not entirely clear to us. We believe it was connected to an interview given by a man who at one point took this word as his name.

The man formerly known as Hornswoggle recently sat down with Inside The Ropes’ own Liam Alexander-Stewart to discuss the highs and lows of his time in the WWE, life as a father and entertainer, the future of comedy in wrestling, the recent success of long-time friend Ethan Page, his time working on set as the star of WWE Studios ‘Leprechaun: Origins’ and his hatred for critically acclaimed film Toy Story 2.
— Liam Alexander-Stewart, Inside the Ropes (itrwrestlng.com), 3 Jun. 2021

When not employed as a given name (which is most of the time), hornswoggle has the meaning of “to trick or deceive (someone), to bamboozle.” The verb is most often used with into or out of. The etymology of hornswoggle is unknown, so if anyone sidles up to you and offers to sell you this information for a reasonable price, well, you now know the word to describe their intended actions.

Inflection point was in numerous news stories recently, following accounts of testimony given to Congress by Don McGahn.

Inflection point first came into use in the field of mathematics, in the beginning of the 19th century; the initial meaning was “a point on a curve that separates an arc concave upward from one concave downward and vice versa.” The most recent sense, and the one presumably intended by McGahn, is “a moment when significant change occurs or may occur; a turning point.”

Vigorously appeared in a large number of headlines of late, after the Justice Department of Biden’s administration announced that this was the manner in which it would defend a policy.

Vigor, which comes from the Latin vigēre (“to be vigorous”), can be defined as “active bodily or mental strength or force,” “active healthy well-balanced growth” (this sense is especially used of plants), or “intensity of action or effect.” Something that is “done with vigor” or “possessing vigor” is vigorous, and actions performed “in a vigorous manner” are said to be done vigorously. Something that is lacking vigor, or that is listless and weak, is said to be vigorless.

Our Antedating of the Week: 'sweatpants’

Our antedating of the week is sweatpants, that garment of choice for so many this past annus horribilis. Our earliest known use of this word had previously come in 1925, but recent findings show that we’ve been lounging about in our sweatpants since at least 1922.

New equipment has been purchased by the athletic board and all varsity men will be issued complete uniforms. These include sweat shirts, sweat pants and two pairs of spiked shoes, indoor and outdoor spikes.
— The Oklahoma Daily (Norman, OK), 5 Jan. 1922