The Strange Path of 'Unbeknownst'

From country dialect to standard English

English speakers are frequently confronted by old forms of the language—words we understand and use only in very particular circumstances but would never use every day. Words like thee and thou, for instance, labeled archaic in the dictionary, seem like permanent reminders of the past and of the strange truth that, though language changes slowly and constantly, some words remain like visitors from another time, to remind us how things were done in the old days. 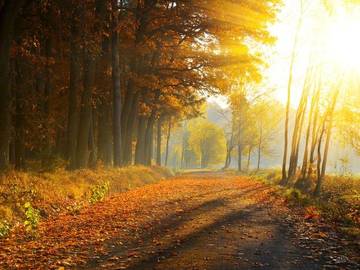 "Methinks we didst get lost."

We often see these terms in fixed phrases or well-known poems or prayers:

The powers that be

‘Twas the night before Christmas

Our Father, who art in heaven, hallowed be thy name

Others show up for use in narrow contexts:

Verb forms ending in -st are easily recognizable as older spellings, perhaps only heard these days in productions of Shakespeare:

Even -st words that aren’t technically archaic also have an archaic feel. Take amidst, for example. Although it was used far more frequently than amid until the mid-19th century, today it has settled into respectable cohabitation and is considered simply an interchangeable variant.

A more uneasy pairing is unbeknown and unbeknownst. Unlike other -st forms, unbeknownst is actually the newer of the two, only showing up in the mid-19th century. They come from the much older beknown, which, like its root verb beknow, has long since left the language. One might be tempted to assume that unbeknownst was also used by Shakespeare or in the King James Bible, but its early uses often seem to be renderings of spoken English that is dialectal and deliberately evocative of country life:

"No matter—getting into another man’s barrel, unbeknownst to him, in the night time, is burglary." "That’s because you aint up to first principles. keep your stick out of my ribs."
— The Long Island Star (Brooklyn, NY), 12 Sept. 1836

Many a girl as I know would have 'em unbeknownst to missus.
— Elizabeth Cleghorn Gaskell, Cranford, London, 1853

…ye wouldn't hardly hear it, and they'd come up unbeknownst on account of the snow being on the ground, ye see.
— Anna Bartlett Warner, Grace Howard and the Family at Glenluna, London, 1853

Well, smudthering my feelins, I behaved myself all that day like a dacent an a sinsible man; an the hape ov desate that had coorted an married me unbeknownst to myself, cockered me up wid the best ov atin and dhrinkin.
— Irish Bubble and Squeak, a Selection of the Most Popular Irish Tales, Anecdotes, Wit, & Humor Illustrative of the Manners and Customs of the Irish Peasantry, London, 1854

It’s true that rural dialects have a way of preserving older forms of language, and it may be that either in actual use or in these literary depictions of speech, an archaic-sounding word was introduced where none had previously existed, and, because it concorded with the sound of other archaisms, it gained acceptance. And quite a bit of acceptance: in American English, it’s by far the preferred form. The British favor the older unbeknown.

Today, both unbeknownst and unbeknown are nearly always followed by to and used in perfectly standard English. How this more formal use evolved from what had been a dialectal variant is unbeknownst to us.