Ever looked up a word and seen one of the definitions labeled as archaic or obsolete? Why do we use them, and what's the difference? 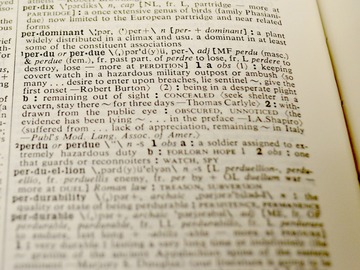 Dictionaries acknowledge the passage of time with status labels. We employ two such labels: obsolete and archaic. The Explanatory Notes of the Collegiate describe the useful distinction:

The temporal label obsolete means that there is no evidence of use since 1755:

Though style rules can seem arbitrary, the date 1755 is anything but: it represents a milestone in the English language, the publication of Samuel Johnson's Dictionary. Johnson's work was in many ways the first modern monolingual dictionary of English. It included not just "hard" words (as was standard in 17th century dictionaries) but household words, and used quotations from great writers to illustrate meaning. The comprehensive nature of Johnson's research produced a kind of census of the language of mid-18th century Britain.

The label archaic means that "a word or sense once in common use is found today only sporadically or in special contexts" – words such as thee and thou that we may still hear today, but that convey the tone of a bygone or more formal era in prayers and poetry. Although these words are still used and recognized, it is almost always with a stylistic nod to the past.

So you might still see and hear words labeled archaic, but they're used to evoke a different time. Words carrying the obsolete label, by contrast, will only be encountered when visiting the literature of the past, such as the works of Shakespeare, who used such words as the verb commune and the adjective accountant.

Words from the mid to late-20th century, however much millenials might disagree, are not considered archaic.