The Problems with 'Very'

Or, we should say, other people's problems with it

Some words seem to lead charmed lives, able to take on new meanings and senses whenever they feel like it, without attracting the least bit of opprobrium. Run, for instance, has racked up dozens of meanings, and no language critic has ever compared it to literally. Whenever run adds a new meaning everyone more or less accepts it ("Run, you crazy word, don't ever change ... unless you feel like it, and then you go right ahead and mean whatever you feel like meaning").

Other words just can't catch a break, despite their best attempts to lead an existence that is quiet and productive, and continually find themselves objected to in one way or another. An unlikely specimen in this category is the word very. What do people find wrong with very, you ask? So, so much. 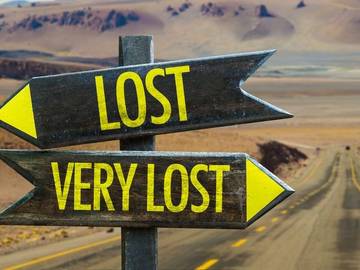 In the 19th century some usage writers decided that it was fine to use the adverb very to modify adjectives, but it was decidedly not fine to use it to modify the past participles of verbs. "I'm very warm" would be acceptable, while "I'm very warmed" would not be. One problem with this rule is that the past participles of many verbs eventually pass their citizenship tests and become adjectives. So "the room is very hot" is an acceptable use of very, and "the discussion is very heated" is as well.

You should be able to trust your ear when deciding whether very is right for your past participle. And if you have not yet had your fill of the minutiae of this matter we've written about it more extensively here.

In modern peevery the more common complaint about very is not grammatical in nature; it simply is that it is overused. Innumerable writing guides exhort their readers to avoid this word, suggesting choosing furious rather than very angry. It should be noted that this is advice, and is not a rule. And as is so often the case when dispensing advice, the suggestions are made more convincing if they are falsely attributed to a Notable Figure (usually Mark Twain, Winston Churchill, or Albert Einstein).

Mark Twain gave this advice to writers: "Substitute 'damn' every time every time (sic) you're inclined to write 'very'; your editor will delete it and the writing will be just as it should be."
— John Willard, English Usage, 2017

There is little evidence that Twain ever said or wrote these words (this quote does not appear until the late 20th century). It is fine to recommend against prose in which very appears every second line, but there is no need to buttress your argument by making stuff up.

The most bizarre complaint about very is one that we are pleased to report never really caught on (and please do not try to make it happen): that the overuse of the word is a feminine trait. In 1916 The New York Sun ran an editorial, titled A Study in Adverbs and Adjectives, which assailed President Woodrow Wilson for his use of the word very (they also didn't care for his use of the words frank and genuine). The relevant citation is lengthy, but worth reprinting at length, both for its sheer inanity and the use of the statistically improbable phrase "curious in the matter of rhetorical proclivities."

Ever since the time of the famous campaign correspondence between the Hon. Woodrow Wilson and Col. George Harvey, those who are curious in the matter of rhetorical proclivities as indicative of character have noted the President's unconquerable fondness for the word "very." Perhaps subconsciously rather than consciously on the President's part, this unnecessary intensive seems to force itself into position in front of his adjectives. The excessive use of the adverb "very" has been regarded as a distinctively feminine trait; but no woman ever worked the word harder than does this statesman and philosopher.
— The New York Sun, 12 Feb. 1916

The monumental stupidity of the Sun's assertion may have stunned those reading this piece, so let's have a quick recap on the matter of very. You may use very before a past participle, unless it sounds bad, in which case you should not use it. You may use very as an intensifier before adjectives such as angry, unless you use it too much, in which case you should use it less. And in the matter of rhetorical proclivities you should use very whenever you feel like it.