Can you say 'very pleased'?

Our answer may or may not please you

Some of us make our way through life blithely unconcerned about matters of grammar and usage, reasoning that if people manage to understand what we say then we must be covering all (or most) of the necessary bases. And then some of us scrupulously observe every tenet of usage and grammatical prescription that we can, reasoning that if we all just applied ourselves to the matter and observed the correct rules then all would be well with the world. Then we come across an issue such as whether or not you should use the word very before the word pleased and you begin to realize how futile is the expectation that we will ever all agree on what constitutes correct language use. 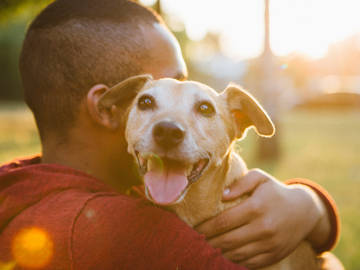 Some of you are likely shaking your head right now, wondering what on earth could be wrong with saying “I am very pleased,” while others are exultant that finally there is a dictionary willing to tackle this linguistic excrescence and tell kids the proper way to use very. Since it seems likely that the former group will outnumber the latter, let’s go over the problem with saying you are “very pleased” with something.

In the middle of the 19th century, some grammarians suddenly decided that the word very had a bit too much freedom, and should be more restricted in its use. George Marsh, in a collection of essays published in 1862, explains that the adverb very should be used to qualify adjectives, and should not be applied to participles (“a word having the characteristics of both verb and adjective”). In Marsh’s view it was therefore permissible to write or say “I am very happy,” but it was not permissible to use “I am very delighted,” since delighted is the past participle of the verb delight. It makes sense, doesn’t it? You wish.

Marsh goes on to point out that it is acceptable to use “very learned,” and “very tired”; and while you may call someone a “disappointed man” you cannot say “he is very disappointed.” This seems a touch more difficult to figure out. The Oxford English Dictionary, under their definition for the sense of very in which is is modifying past participles, includes a short note: “The correctness of this usage, which has been prevalent from the middle of the 17th cent., depends on the extent to which the participle has acquired a purely adjectival sense.”

While this is not quite as simple as differentiating between to, too, and two, at least we have a clear set of guidelines to follow here: once a participle becomes an adjective it can be modified with very, but until that point it is very delicate and must be protected from the very by placing another modifier (such as much) before it. So how do we know when a participle has become an adjective?

Randolph Quirk’s A Comprehensive Grammar of the English Language gives four criteria that must be met before a participle graduates from verbhood and is given adjectival status: it can be used attributively (“you have your annoyed face on”); in predicative use with seem (“you seem rather annoyed with me”); it can be premodified by very (“Yes, I am very annoyed”); it can be used in comparison (“I would say I am more annoyed than when you dropped my goldfish”).

Some of us might not have the time or patience to silently run Quirk’s four criteria through our heads before deciding whether we can use a very or not. If you are one such person you can simply carry a large number of muches around with you, and take pains to add one between every very and possible participle you use. Or you could remember the wise words of H.W. Fowler, writing in his Modern English Usage, “The process by which a participle becomes an adjective is gradual; whether any particular one has passed the barrier must often be a matter of opinion.”

(And in case you were wondering, most people think it is just fine to use "very pleased.")