Regarding the Incorrect Use of 'Decimate'

The word decimate is what we might delicately refer to as a problem word. It seems to invite spleen, at least on the part of a small but committed group of linguistic enthusiasts who feel that it is often misused. Here is a sample of comments regarding decimate that have been left by our dictionary’s users.

What is going on here? Decimate always meant to reduce something by one tenth. I would prove that point to others using M-W. The definition is now changed to match the incorrect common usage?
—User comment, 21 Jan 2014

Why must we change the meaning of a word simply because a large number of people use it incorrectly? There is no reason for the synonyms to be laid out making "decimate" the equivalent of "annihilate". I believe this to be erroneous and in need of correction.
—User comment, 19 Feb 2013

Just because people are uneducated and do not know how to speak English and have a limited lexicon, is no reason for intelligent human beings to add misuse of a word as its meaning.
—User comment, 31 Jul 2014 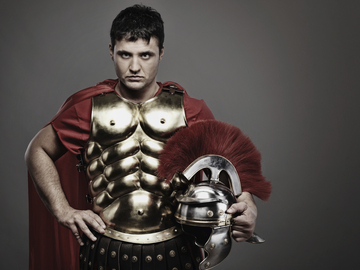 People love to complain about 'decimate', but they're wrong. Our language includes many words which originally had a specific historical meaning, all of which mean something different in English.

Lest you think that this is the sort of biased sample that one only finds by scrolling through the comments on a dictionary site, one may find similar feelings expressed on Twitter—including one from someone who appears to have ended a romantic entanglement over the matter.

Dear everyone, decimate doesn't mean what you think it means.
—Twitter.com, 25 Mar 2016

I don't like how people use the word decimate. It doesn't mean to wipe things out. Words are precise tools, not blunt instruments.
—Twitter.com, 24 Dec 2015

The issue that many people have with the decline and fall of the word decimate is that is once upon a time it had a very singular meaning, a meaning that is in danger of being lost forever to the vandals and barbarian hordes who are manhandling the English language through using this word to mean “to destroy a large number of.” The specific complaint is that decimate had the specific meaning, in ancient Rome, of killing one of every ten soldiers, as a form of military punishment. There are, it must be said, some problems with the argument that this is the only correct meaning today.

The first problem is that even if decimate did refer to the practice of killing one of every ten soldiers in Roman times, it did so in the service of Latin, not English. We have many words in English that are descended from Latin but which have changed their meaning in their travels. We no longer think of sinister as meaning “on the left side,” even though that was one of the word’s meanings when it existed in Latin.

Another problem with insisting that decimate should have but a single meaning is that very few words in English retain but a single meaning. An enormous percentage of the items in our vocabulary are capable of semantic multitasking. When a person uses a tricky word such as when, a, person, use, tricky, or word, all of which have multiple meanings, we use context to understand the speaker’s intent. So it is with decimate:

Was the sense meaning “to select by lot and kill every tenth man of” the original use of decimate in English? Yes, it was, but not by much. Our earliest record of this meaning is from the end of the 16th century; by the beginning of the 17th century the word had already taken on an additional meaning (“to tithe”). Furthermore, the word decimation, meaning “a tithing,” had been in use for about 60 years before decimate began to be used in any fashion.

Perhaps you are one of those true stalwarts who will refuse to be swayed by any argument in this regard, and have resolved not only to continue to use decimate in this way but also to tell those who do not that they are wrong. In that case you deserve applause and support.

Come to think of it, you deserve more than that—you deserve an ovation. Except that the original meaning of ovation in English was “a ceremony attending the entering of Rome by a general who had won a victory of less importance than that for which a triumph was granted,” so I guess we can’t use that word.

No matter, we can say that if you stick to your guns you will surely have a triumph. Wait—the first meaning of triumph was “a ceremony attending the entering of Rome by a general who had won a decisive victory over a foreign enemy,” so let’s not use that.

As it turns out, decimate is hardly the only word in English that once had a precise single meaning dealing with Roman history; it just is the only one that people like to complain about. For those who truly believe that words which started out in English having a single meaning that pertains to ancient Rome should remain that way forever, the following list of such will come in handy:

Century: “a subdivision of the Roman legion.”
Forum: “the marketplace or public place of an ancient Roman city forming the center of judicial and public business.”
Tribune: “a Roman official under the monarchy and the republic with the function of protecting the plebeian citizen from arbitrary action by the patrician magistrates.”
Missiles: “Gifts thrown to the crowds by Roman emperors.”
Actor: “In Roman law, one that conducts a legal action.”
Legion: “the principal unit of the Roman army comprising 3000 to 6000 foot soldiers with cavalry.”