1
: to select by lot and kill every tenth man of
decimate a regiment
2
: to exact a tax of 10 percent from
poor as a decimated Cavalier—

John Dryden
3
a
: to reduce drastically especially in number
cholera decimated the population
Kamieniecki's return comes at a crucial time for a pitching staff that has been decimated by injuries.—

Jason Diamos
b
: to cause great destruction or harm to
firebombs decimated the city
an industry decimated by recession
decimation
ˌde-sə-ˈmā-shən

The connection between decimate and the number ten harks back to a brutal practice of the army of ancient Rome. A unit that was guilty of a severe crime (such as mutiny) was punished by selecting and executing one-tenth of its soldiers, thereby scaring the remaining nine-tenths into obedience. The word comes from Latin decem, meaning "ten." Decimate strayed from its "tenth" meaning and nowadays refers to the act of destroying or hurting something in great numbers.

This kind of moth is responsible for decimating thousands of trees in our town. Budget cuts have decimated public services in small towns.
Recent Examples on the Web Rodgers, the future Hall of Famer, has the ability to decimate the Dolphins’ pass defense. —

Chris Perkins, Sun Sentinel, 22 Dec. 2022 This will decimate the Russian military and end the war, and also solve the labor shortage here in the U.S. —

WSJ, 16 Dec. 2022 Each implement is a further opportunity to manipulate virtual matter — indeed, to decimate it. —

Lewis Gordon, Vulture, 2 Dec. 2022 By June, word was traveling in rural parts of the state that the bill, known as cap and trade, would decimate the timber industry. —

Britta Lokting, The New Republic, 23 Aug. 2022 During the third season of the show, which was filmed before her guilty plea, Shah has continued to proclaim her innocence, and has tried to decimate anyone who questions her. —

Kate Aurthur, Variety, 16 Dec. 2022 The Ethiopian government has been trying to defeat Tigray forces for years, using every tool of war to decimate them. —

These example sentences are selected automatically from various online news sources to reflect current usage of the word 'decimate.' Views expressed in the examples do not represent the opinion of Merriam-Webster or its editors. Send us feedback.

Latin decimatus, past participle of decimare, from decimus tenth, from decem ten 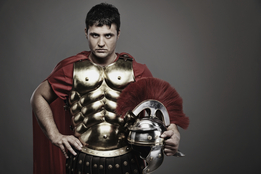 Regarding the Incorrect Use of...

decimated; decimating
1
: to pick by lot and kill every tenth man of
the Roman army would decimate a legion for cowardice
2
: to destroy a large part of
a population decimated by an epidemic
decimation
ˌdes-ə-ˈmā-shən

More from Merriam-Webster on decimate